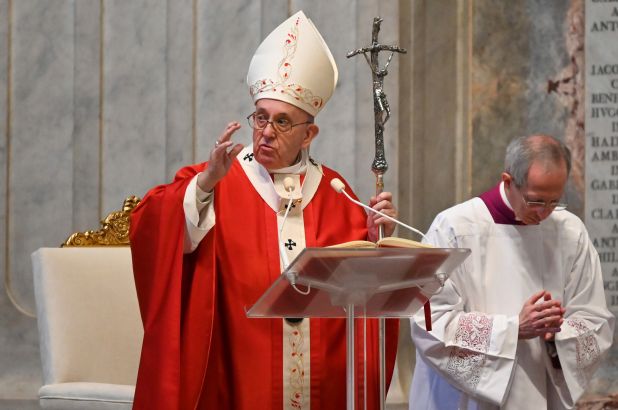 Pope Francis has urged for a chance of creative and positive change amid COVID-19 pandemic and to reconnect with the real world and reject “throwaway culture.” He also cornered the governments of the world and said that  the ongoing outbreak is exposing what he calls “functional hypocrisy” at the highest levels of government.

“This is not humanity’s first plague; the others have become mere anecdotes,” the pope said, as he called on people to remember their shared roots and traditions.

Let us silence the cries of death, no more wars! Since we need bread, not guns. Let the abortion and killing of innocent lives end. May the hearts of those who have enough be open to filling the empty hands of those who do not have the bare necessities.

The pope discussed aspects of the coronavirus ranging from the pope describing his life under isolation orders to praising “the saints who live next door” — the people who keep working during a global health emergency.

“They are heroes: doctors, volunteers, religious sisters, priests, shop workers — all performing their duty so that society can continue functioning,” the pope said.

As for himself, the pope said, “I’m living this as a time of great uncertainty. It’s a time for inventing, for creativity.”

He informed that he is livestreaming the morning Mass and other events and many at Vatican are working from their rooms and offices. He urged people to follow the quarantine orders and implement new ways of living in current situation.

According to him, people should remember in the future, the increasing restrictions and the number of people known to be infected, and based on it, should set their priorities in long run.

The pope again quoted Virgil’s Aeneid, saying, “forsan et haec olim] meminisse iuvabit” — which Commonweal translates as, “Perhaps one day it will be good to remember these things too.”

The coronavirus has revealed the extent to which modern life is organized around money rather than people, Francis said. And he added that the crisis is driving world leaders to rush to try to save lives, even as they keep building massive arsenals.