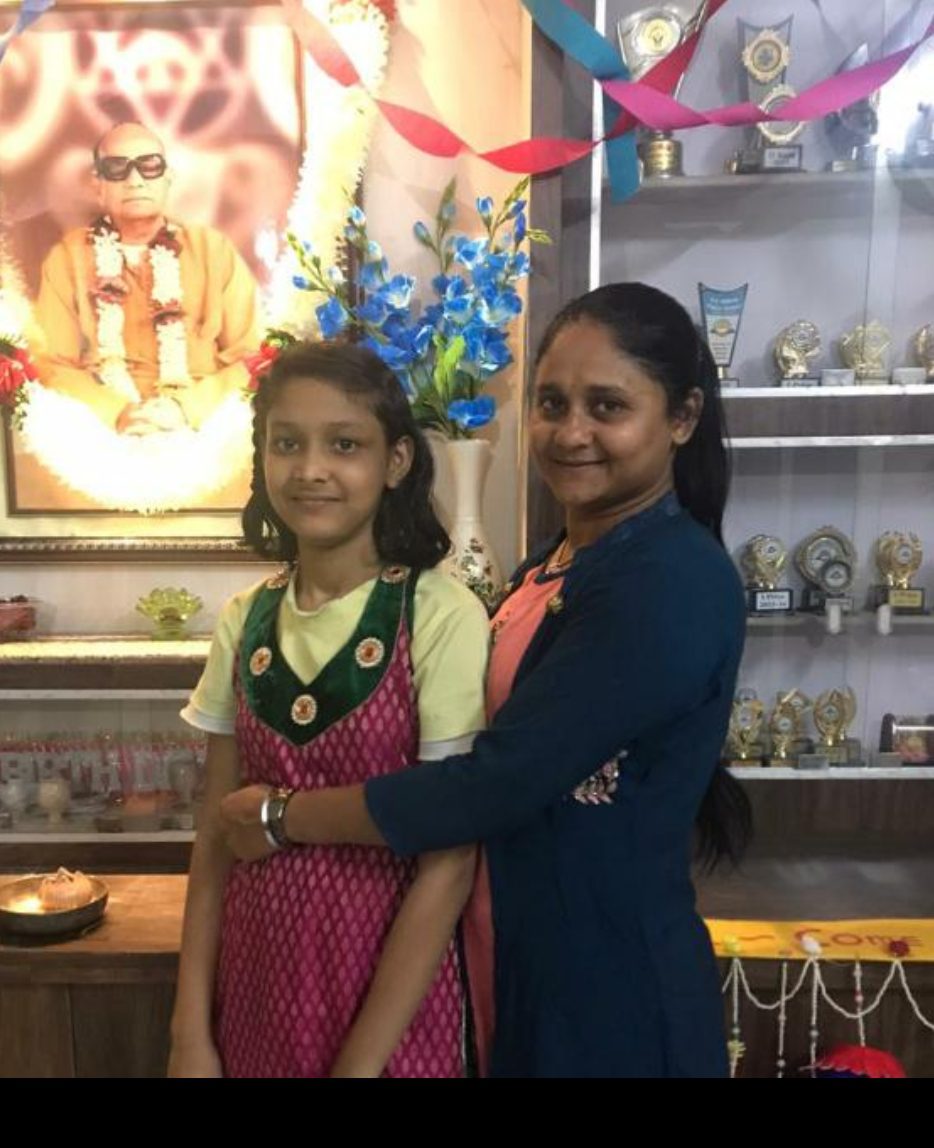 A successful woman is one, who can build a strong foundation, with the bricks others have thrown at her. ~Anonymous

This may sound like an ordinary name to people, who don’t know the story behind it. But those who know, take her name with utmost respect and dignity.

Ganga is a young woman in her 30s from Kolkata, a mother of two, and a Taxi Driver in Jaipur. When asked about picking up this profession, generally chosen by Indian men, she told her life story full of struggle and difficulties, and what all she has gone through.

Here is Ganga’s life, as she told us while we watched her driving a Taxi, in a traffic rush hour in Jaipur.

Her Story, in her own words :

“I was born in Kolkata, where my father was a farmer, and mother a housewife. I could not study much due to poor economic condition of our family. I got married at an early age in 2003, where initially my in-laws treated me well, until I got pregnant. They managed to find out that the child in my womb was a girl, and forced me to abort it. I was not even an adult at that time, but still I decided to give birth to my first child. I went to my father’s home and gave birth to my first child.

My husband came to take me back after 8 months, and asked me to handover the child to his sister, who was childless at that time. I did not make any such promise to him and went back to my in-laws with my husband. That family once again forced me to give away the daughter to my sister-in-law, to which I strongly opposed.

They started abusing and beating me, for not acting as per their will. I left the place and came to Jaipur to live with my husband. My husband kept insisting me to give away the girl child, until I got pregnant once again. I was once again forced to go for Sonography, so that the gender of the next child can be determined. However, I strongly opposed it and warned them. I decided to give birth to this child as well and to have no more kids in future.

I gave birth to my second daughter at the Government Maternity Hospital, at Sanganeri Gate of Jaipur. The in-laws were very furious at me as I had again delivered a girl child. My husband took me back to them after 2 months, where my mother-in-law again started to abuse me. I got fed-up of my life, just because I was being cursed for having two daughters.

My father was a very poor man, so I could not go back to him with more troubles, as my mother-in-law abused me for not brining any dowry. She stopped giving any money for buying milk for my daughters, and I had to beg in front of an aunt, who would pity on me and gave money for milk.

One day, my mother-in-law tried to poison me, and I was just saved by the same aunty and some other people of the village. I gained consciousness after four days, in a hospital and stayed there for 20 days, from where my father brought me back to his place. Still I trusted my husband, and after few months when he asked me to accompany him to Jaipur, I agreed. But once again my in-laws started troubling my daughters and me. This time I thought that I have had enough, and left his home with my daughters.

I stood at the Jaipur Railway Station, and cried as I wanted to leave this cruel world with my daughters. A crowd gathered around us and after knowing about my problems, they consoled me and sent me to Gandhi Nagar Women Police Station of Jaipur. This was the turning point of my life.

The Lady Police Staff helped me in becoming normal and sent me to a Women-Welfare Institution, where I stayed in peace for around one year. A lady Police Officer named Kavita Srivastava took us with her from there, and helped me a lot in changing my perspective for life. Another social worker, Nisha Sandhu Mam also came forward and helped me in motivating for a better life. She helped me file an FIR against my husband and his family. My sister also helped me a lot as I tried to stand up once again in life.

With their immense help, both of my daughters got admitted in an Orphanage named ‘Samarpan’, where good care was taken and they stayed happy with other kids of their age. I got a rented place in front of the Orphanage, so that I could meet my daughters on a daily basis. I used to work into the Orphanage on Sundays, and helped the staff by taking care of all the children. I helped the kids in bathing and other things as if they were my own children.

The 35 kids which stayed there started calling me “Maa” (Mother), out of their affection, and I felt as the luckiest women in this world, to have been blessed with such great happiness.

Then I decided to learn something for my living, and I joined ‘Azaad’ Foundation for a Driver’s Training Course, where Kiran and Rina Mam motivated me and asked me to learn driving. I started learning driving during the daytime, and worked as a night-guard to keep earning for a better life.

I completed the Azaad Foundation’s Driving Training in 2016, and bought a car the very next year, after which I started driving for a world-famous Taxi App Service. By 2018, I had started earning well and very soon I bought another car. There was no looking back.

Today, my daughters are very happy to live a peaceful and happy life and so am I, when I see them growing in a free world. I want all the readers of Infeed, to bless my daughters, so that they become successful and strong women. I love my life and wish that whatever difficulties I have faced, must never come to my daughters.

I thank all the good people who have helped me in my journey!
Ganga Mandal”

We, at Infeed, wish this strong lady, a very happy Women’s Day.