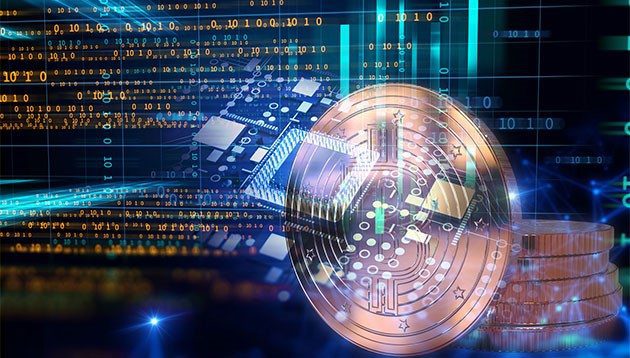 With countries rushing in to launch government-backed cryptocurrencies, there lies a hidden danger to people’s freedom which few are realizing now.
Cryptocurrencies no doubt are a revolutionary new technology. With the advent of Bitcoin and other digital currencies and tokens, the world has got an opportunity to get out of the clutches of the fiat currency system which are constantly devalued and enter a decentralized world where the money is under the control of no one but is regulated by mathematical codes and rules, ensuring every user gets the true value in every cryptocurrency-based transaction.

With the rising market capitalisation of Bitcoin, many countries have felt threatened by the rise of such decentralized cryptocurrencies. India was one of the first countries to restrict the use of Bitcoin and other such cryptocurrencies. Even though the Supreme Court in 2018, curtailed such efforts to restrict crypto use, the Indian government is now considering a fresh bill that will not only ban cryptocurrencies but also fine anyone trading in the country or holding such digital assets.

The same story is going on in nearly every major economy where governments are trying to find ways to restrict people from using unregulated cryptocurrencies and launch their own central bank-backed digital money.

But what is the exact concern of the governments behind restricting crypto use and why should we be concerned about government’s launching their own digital money?

As the COVID crisis worsened in 2020, the central banks led by the Federal Reserve initiated unprecedented measures, flushing the world monetary system with a huge amount of liquidity. Governments of all major economies initiated large fiscal measures causing the fiscal deficit to balloon. Though all such measures were intended to stabilize the collapsing financial system and provide relief to people hit by the coronavirus induced restrictions, these measures were essentially decreasing the purchasing power of the people by devaluing the currencies.

The few smart and savvy investors understood this and started accumulating cryptocurrencies in large quantities. This has caused Bitcoin to rise from USD 5590 in May 2020 to USD 59,900 in March 2021. A 915% rise in just 10 months. This is obviously very concerning for the governments as it negates the effects of increasing liquidity and fiscal measures by transferring all that extra money into an asset that is beyond the control of central banks.

RBI or the Federal Reserve cannot control the value of cryptocurrencies. Nor can they issue more such currencies when needed. Hence, the move to restrict the use of Bitcoin and others.

However, efforts to introduce their own cryptocurrencies by the governments could prove to be a death sentence for democracy.

Government-backed digital money though will be based on blockchain but the control of the whole structure will be in the hands of the central bank. Hence, it will not be decentralised like Bitcoin, Dogecoin, Ethereum and others. The government will be able to monitor every transaction. There will be no privacy in financial transactions at all.

Worse, if the government perceives any person as a threat or any transaction as ‘not in the national interest’, it could block such transactions and disable a person’s digital account completely, making him incapable to do anything in his daily life.

Even in the current system, a bank account can be frozen and a person blacklisted. However, cash is still outside the purview of government control unless measures like demonetization are announced. Even a blacklisted person can do transactions using cash. In a fully digitized monetary system, there will be no such option. Hence, the Modi government is always advocating the use of digital payment systems.

True, in a fully digitized monetary system, cases of fraud and illegal activities will decrease. But so will decrease the freedom of people. A government has unlimited control over people with digital money.

During the lockdown in China, the Chinese government experimented with coupon money that could be used to pay for food and certain other items. If a person who received such digital food coupons did not use them within the stipulated time period, he will see his coupons expire worthlessly. The same could be done with government-backed cryptocurrency where a time limit could be set to the money that a person may be receiving as salary or aid.

Or an area could be fixed within which the digital money might work thus restricting the movement of people.

The potential to control people is unlimited.

In many Western economies, interest rates are decreasing and slowly entering the negative territory. Negative interest rates punish the savers while rewarding the borrowers. To evade the effects of negative interest rates, a saver can hold his money in cash. Not with digital money. With digital money, the government can very easily decide when to push people to spend money and when to incentivize them to save. An individual will hardly have any control over his financial future. For every individual, the government will decide.

Under the Modi government, India is constantly being rated as less free and less democratic than in the past. From 27 in 2014 to 41 in 2019, India’s ranking has been constantly decreasing. Digital money issued by RBI under the current regime could prove to be the final death knell for Indian democracy.

There are enormous benefits to the use of blockchain. A decentralized blockchain system can make the process of authenticating transactions easier and less dependent on middlemen like banks. Countries like Estonia is using blockchain technology to store and secure digital data like a person’s healthcare record, address, tax records. Under Estonia’s “once-only principle”, no record of information is to be stored twice in the system, increasing efficiency and eliminating data manipulation.
A poor African country, Sierra Leone has experimented with a blockchain voting system, to eliminate voter fraud and reinstate trust in the election process of their country.

The transparency and immutability features of blockchain technology have the capability to solve one of mankind’s basic problem. The problem of lack of trust. In the current environment, we are supposed to work by putting our faith, not knowing whether we are putting our faith in the right person or not. We are supposed to have faith in our government, in our bank, in our institutions that they will do their job correctly. But we can never have 100 per cent trust. With blockchain, we can have 100 per cent trust as the system is controlled not by a person but by rules set in an algorithm. There is no need to look for trustworthy people or institutions as the whole structure is in itself based on something not controlled by any human but purely by maths.

However, the efforts by the Indian government and others to centralize the use of this technology can usher in the rise of dictators and lead to a complete loss of freedom. Freedom in using money is vital for a person to feel independent and be the decision-maker of their life. The advent of government-backed digital money can end all that freedom.