What Is SAIL’s Strategy To Sail Through During Lockdown?

What Is SAIL’s Strategy To Sail Through During Lockdown? 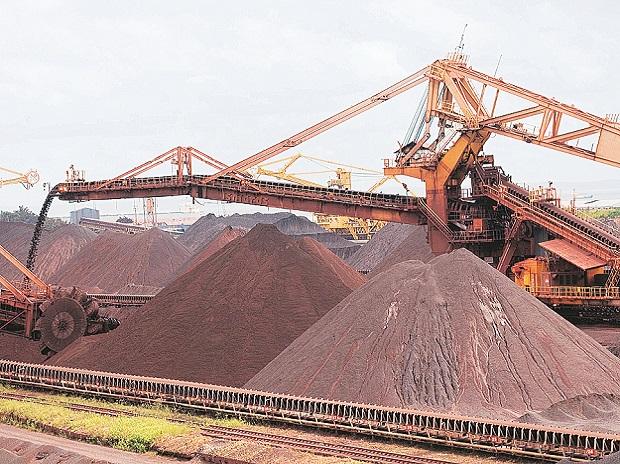 Today while I am typing this, we are at a juncture where we are witnessing the slow crumbling of the house of cards we call economy; both on a local as well as on a global scale. And perhaps, this bothers us as much as the impending medical crisis. Setting aside the already worst hit sector of agriculture that is always and already in an aggrieved state with a broken spine because of the hurried and unplanned lockdown. One also has to look critically at the state of our Steel Industry, the core of our Industrial economy. Shutting down of factories, production of heavy goods and consumables other than those essential for our service, stalling of construction work, an unholy halt to regular passenger transport, shutting down of offices, restaurants, cinema halls etc., all hurried actions made a direct impact on the heart of all industries i.e., Steel. Initially known as Hindustan Steel Limited (HSL) and with time a company that evolved into Steel Authority of India Limited (SAIL):
Steel production in India overbearingly rests on the shoulder of this giant. With China being the first, India is the second largest producer of Steel in the world and SAIL, a PSU, is the largest producer of Steel in India.

It was once believed that a country’s strength and dominance in the world lies in the amount of steel it produced. If that were still thought to be true, India would have been counted in the list of top 10 powerful countries in the world. We produce roughly 5-6% of the world’s total crude steel. The same helped spur the growth in our economy and it did not happen overnight. It took almost a century to build a strong foundation in generating the cornerstone for economic development. Hindustan Steel Limited (HSL) was set up in 1954 and was initially designed to manage only one plant at Rourkela. By the January of 1973, it was transformed into a holdings company that managed five integrated Steel
Plants at Bhilai, Bokaro, Durgapur, Rourkela and Burnpur, the Alloy Steel Plant and the Salem Steel Plant by our government. And in 1978 it was again restructured into a holdings company.

With time we also witnessed the growth of many private and public giants who dominate the markets with their sheer production capabilities. Today these companies have become the foundations of our economy. But the arrival of the pandemic and the measures put in place to tackle it are translating into unbearable economic costs despite the strong established structures. After the shutdown of construction and other industrial activities, one of the largest steel producers of the country, SAIL, is reeling under the pressure of low demand. A letter drafted to the Director of Finance dated 20th April,2020 states that “Cash collections have fallen to record lows, without any let up in the expenditures. The result is that the borrowings have crossed Rs 52,000 crores (as on date) and is likely to go up further” and recommends selling off of scrap and defective inventory to pay off
the vendors along with other measures.

With low consumption of steel and production that cannot be halted, the company has already accumulated enough inventory. It is also eyeing a consistent growth at the same time. This cycle is now forcing SAIL to take drastic measures to save itself. According to sources the losses incurred till date have already set the long nurtured foundations shaking and in order to maintain a healthy flow of money, the giant is seeking out all possible avenues from where it can either reduce its cash outflow or increase its inflow. The former comprises of measure to put non-essential purchases and contracts on hold, re-consider and re-negotiate high-value purchases to take advantage of lower prices in the market and regulating its production to the needs of the market. The latter, on the other hand, is limited to selling off its already generated scraps. All these are being done in order to keep the company afloat by paying off its short-term liabilities and its employee expenses, without laying off a single person. So far so good, a modern-day giant PSU is protecting all under its umbrella while saving itself from heavy rains in unprecedented times.

But on the contrary, local sources have also revealed that the company is overclocking/maintaining the same pace at the ground level, at one of its iron ore mines. All the shops that constitute mining operations are running at all three shifts and the workers are being asked to work overtime, with a promise of bonus compensation. It is very surprising to notice that iron ore, one of the major components for steel production is being mined with the same rigor or more, whereas the demand for its end-product, steel, is at an all-time low. Is it acceptable for a PSU whose employees have been regularly winning awards and accolades for rendering best services to violate the norms of lockdown?

Setting aside the bigger picture and considering this one instance at hand a volley of questions hit us hard. Why is iron ore being mined heavily when its requirement is low? For what purpose is it being used? Is it being sold elsewhere to make up for the loses being suffered by the company? Or is labor, that is available cheap in the country is being made to over-work at the mine sites in order to pay for  the fat packages at the company’s office? We do not have the answers to all this yet. But we do know that today’s giants are gearing up to save themselves during this severe economic crisis and their stories will be read up as case studies at business schools in the years to come.

If they manage to survive, their names will be etched in the books of history. But like always we may never get to know about those people who toiled day and night for some extra money that would fuel their existence. They are the frontline soldiers of this war. But then again, history is never about the soldiers.

Why Do We Need RaGa As Prime Minister?