India has Still Not Seen the Peak of Corona : Experts

India has Still Not Seen the Peak of Corona : Experts 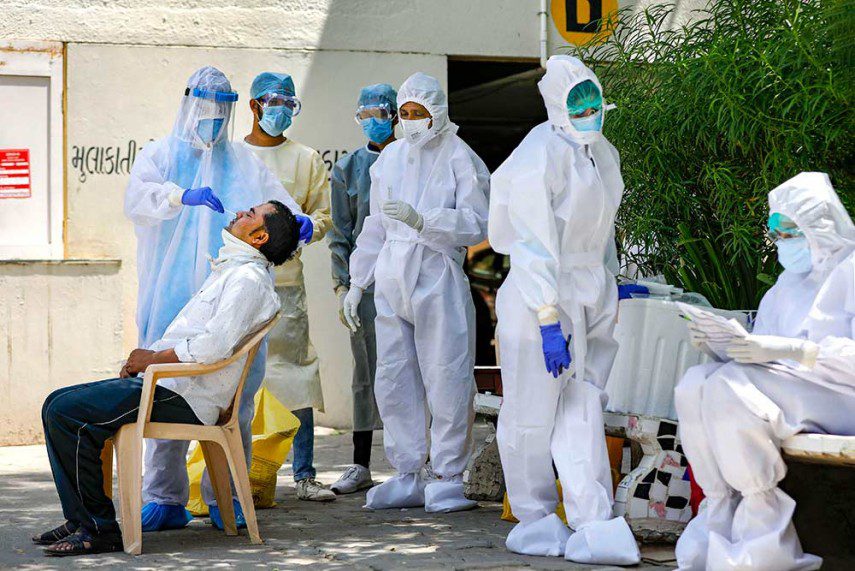 Dr. Randeep Guleria, director of All India Institute of Medical Sciences (AIIMS), says the figures for whole country cannot be estimated by just looking at the data. The curve graph is growing right now. Whereas in some countries it has come down. According to John Hopkins University, the curve graph of the virus is going down in some countries, including the US.

According to the report prepared on the status of one week, the curve has started coming down in America, Italy, Spain, Belgium and Netherlands. However, it is currently upward in Iran, Germany, Brazil, France, UK and India. Dr. Guleria explains, dabbling and infection rates in the country will appear to be largely under control. Right now, about 80 thousand investigations are being done every day. In some days it will be more than one lakh. Then the figure coming daily may be even higher.

As of Friday, the total number of contagions has been 56,342. Talking about the doubling rate (double rate), on April 26, the number of infected patients crossed 25 thousand. On its 12th day on May 7, this number doubled i.e. crossed 50 thousand. Similarly, 80,375 samples have been tested in the last 24 hours, of which 3390 samples were positive ie 4.21%. Assuming this to be the infection rate, experts say, this figure has remained uniform for a long time, which proves that the infection situation in the country is under control.

The epidemiologists of ICMR point out that the development of epidemics in science is viewed from a different perspective. A pandemic is a curved graph, which rises up for a time, then it starts going down rapidly. This process is also underway in corona infection. In most countries, this curve has started going down, but in India, it is still moving upwards. It may take at least two to four weeks to rotate downward. That is why experts are expecting the corona to come up in the country between June and July.

Dr. Jugal Kishore, Head of Department of Community Medicine, Safdarjung Hospital, says people are afraid of statistics, but they should not be. This is a process that cannot be stopped just because of panic among people. If the investigation is being done at a fast pace then patients are also coming forward. If these figures do not increase, then we will not stop the epidemic.