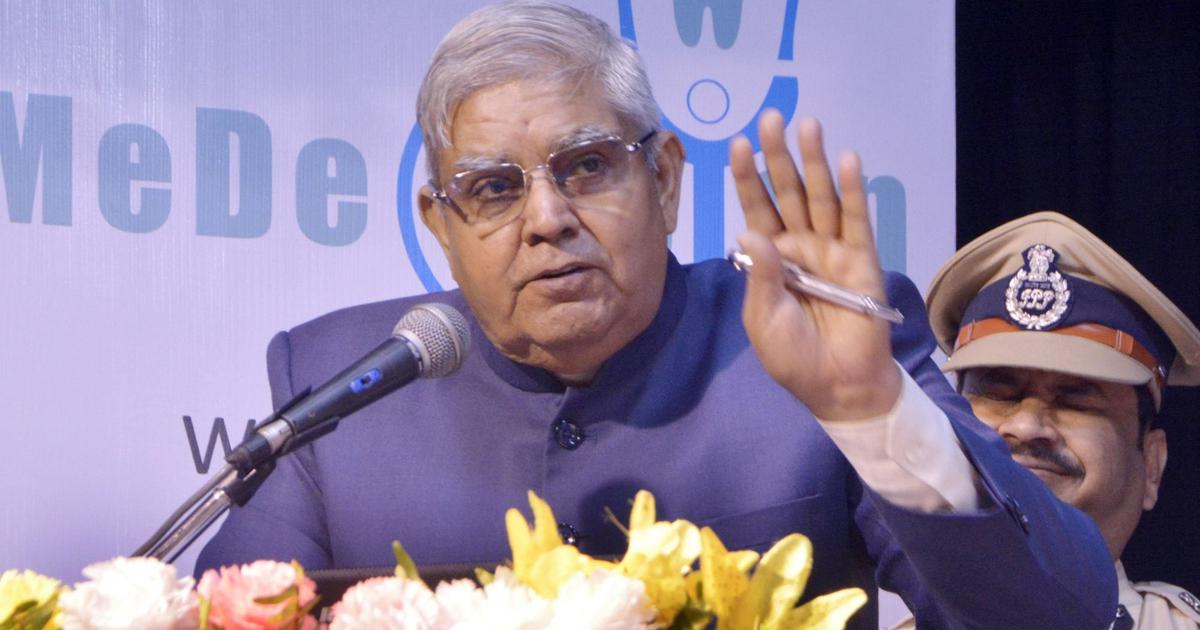 Governor West Bengal Jagdeep Dhankhar had an update as regards upcoming
Municipal Elections from the State Election Commissioner Saurabh Kumar Das. He
was also accompanied by Secretary of the Commission Nilanjan Sandilya. This was at
the instance of Governor Dhankhar so as to ensure peaceful, orderly and fair polls in
the upcoming local elections.

Governor Dhankhar emphasised that State Election Commission that as a
constitutional body it is obligated to provide a level-playing field to all parties and
candidates and ensure free and fair elections where voters exercise their valuable right
of vote freely.

Governor Dhankhar indicated to State Election Commissioner Saurabh Kumar Das that
all steps need to be taken to ensure that there is no violence and kind of scenario
noticed in the Panchayat elections held in the in May 2018. The polls then were
reportedly hit with widespread violence.

Elections to the rural bodies in 2018 were marred by violence.

Mr. Dhankhar said that if needed Mr. Das should “take recourse to transferring officials in the interest of ensuring fair and peaceful polls.”

The Governor also suggested that the SEC should have a “prior engagement with the administrative and police heads concerned.”