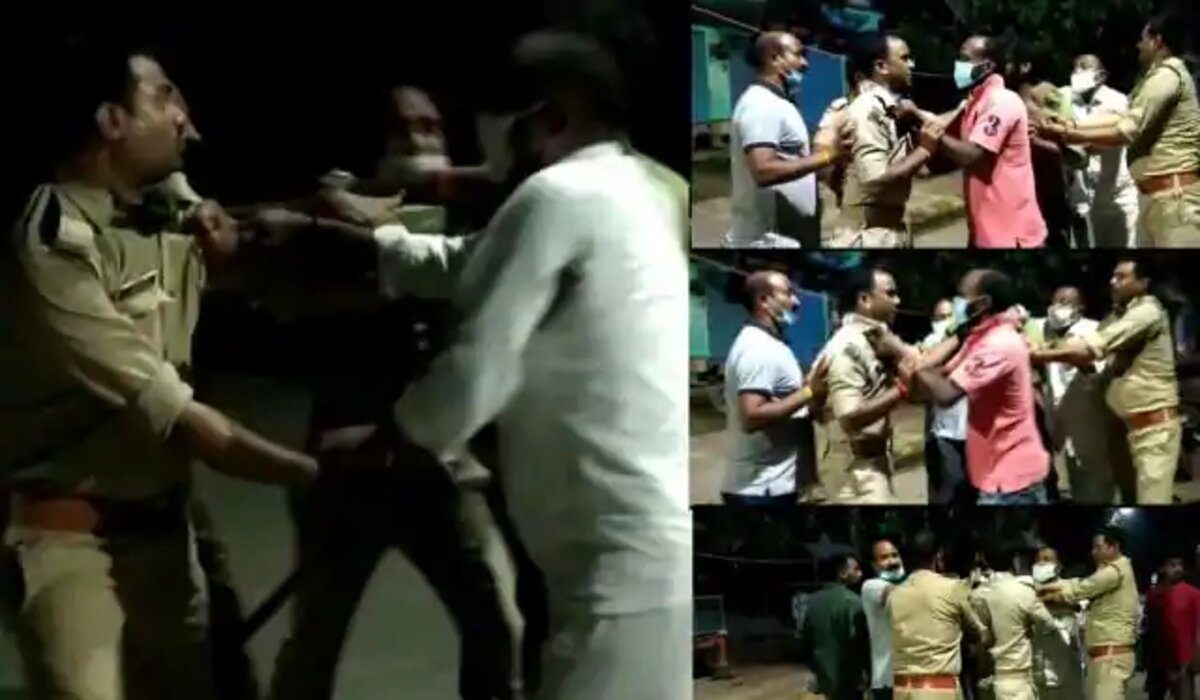 It seems as if the fear of the police has vanished from the minds of the people. There was talk of Kanpur encounter throughout the day on Friday. In the evening, in Varanasi, adventurous policemen were beaten up. The police officer and in-charge of Sunderpur police station in Lanka were beaten up by BJP leader Surendra Patel and his sons and nephews only because they were obstructed for not applying masks.

There was a panic as soon as the information of the policemen was beaten. Apart from the force along with the inspector from the police station, SP City Vikaschandra Tripathi and CO Bhelupur Preeti Tripathi also arrived. BJP leader Zilla Panchayat member Surendra Patel and his nephew Bindu Patel were arrested. A case has been registered against several unknowns including seven nominees. The rest is being searched. Others are being identified through footage and video.

Late on Friday night, a youth informed the police that Vikas Patel, an alumnus of Kashi Vidyapeeth in Sunderpur, and other youth were pressurizing them over a case.

On this, Sunil Gaur, the caretaker in-charge of Sunderpur sent Manoj and others of the Phantom Squad on the spot. According to the police, as soon as the soldiers arrived there, Vikas and the people along with him started speaking tizzy.

They did not wear masks, so they were interrupted to speak properly from a distance. The masking was so bad that Vikas and others started fighting with the policemen. Vikas called his father Surendra Patel. In a short time Surendra brought 10 to 12 people along and started assaulting policemen.

When the matter came to the post of in-charge Sunil Gaur, he also reached. Accidentally, he too was caught holding his collar and started beating and hitting. As soon as the news of the incident came, the force reached and took the BJP leader and his son to the police station. According to police, Vikas was drunk. Dahoga’s Tahrir has been booked against Surendra Patel, Vikas Patel, Ashok Patel, Santosh Patel, Bindu Patel, Golu Yadav, Chitan Rajbhar, among others, for assault, obstruction of government work and other sections.

After the District Panchayat member of BJP was caught, there was a gathering of leaders of the ruling party at Lanka police station. Pressure was made to quit not registering the case. However, no one was killed when police officers arrived. The matter had reached SSP. The lawsuit was registered on the direction of SSP. A police team has been formed to arrest the others.