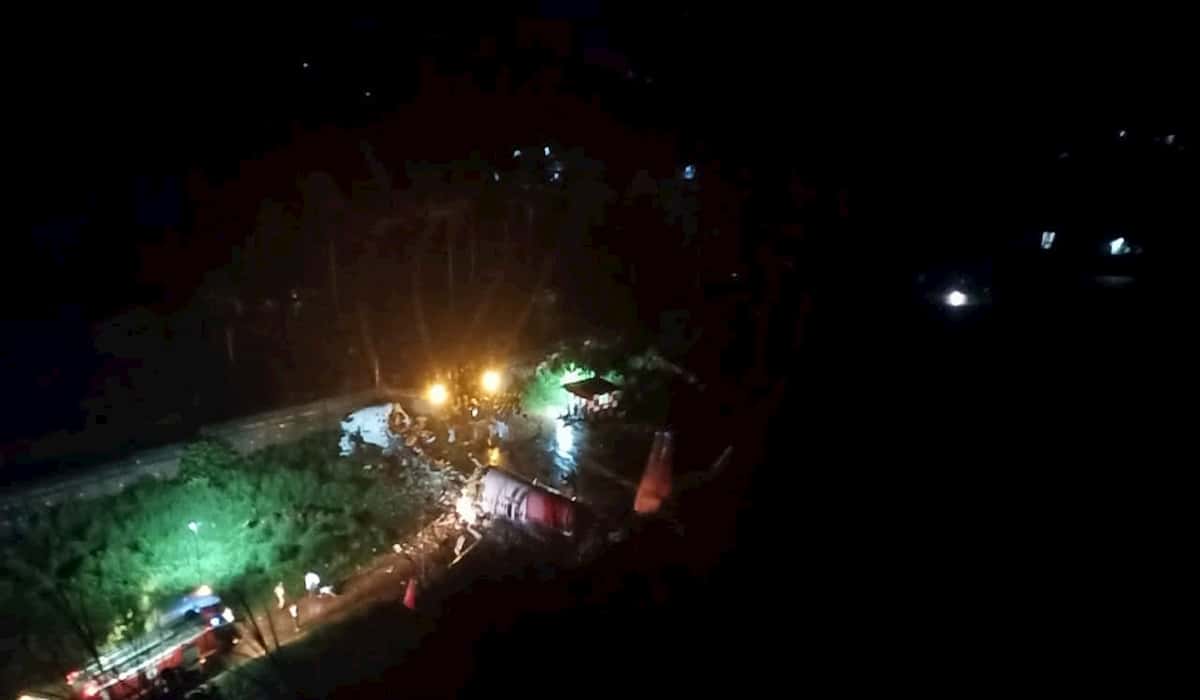 An Air India Express plane of Vande Bharat mission crashed while landing at Karipur Airport in Kozhikode, Kerala. According to the information, the incident took place at around 7.45 pm on Friday evening.

As per the information available till now, the aircraft might have overshot the tabletop runway due to which it plunged 30 feet down. This resulted in the splitting of aircraft with serious damage to the cockpit area.

Around 140 people were onboard on the flight including passengers and crew members.

Usually flights are diverted to nearby airports if the weather is not good at the Karipur airport as Karipur is a tabletop airport. However, surprisingly, it was not done on Friday.

A tabletop runway is a runway that is located on the top of a plateau or hill with one or both ends adjacent to a steep precipice which drops into a deep gorge. This type of runway creates an optical illusion which requires a very precise approach by the pilot

All the ambulances from Kozhikode and Malappuram have been redirected to the airport. Around 20 people have been shifted to Kundotti Mercy Hospital. A member of the Centre of Indian Trade Unions (CITU) who is at the airport told Malayalam news channels that there were no serious injuries.

This is a developing story. These are images from the crash site. TNM is finding more information on the incident.