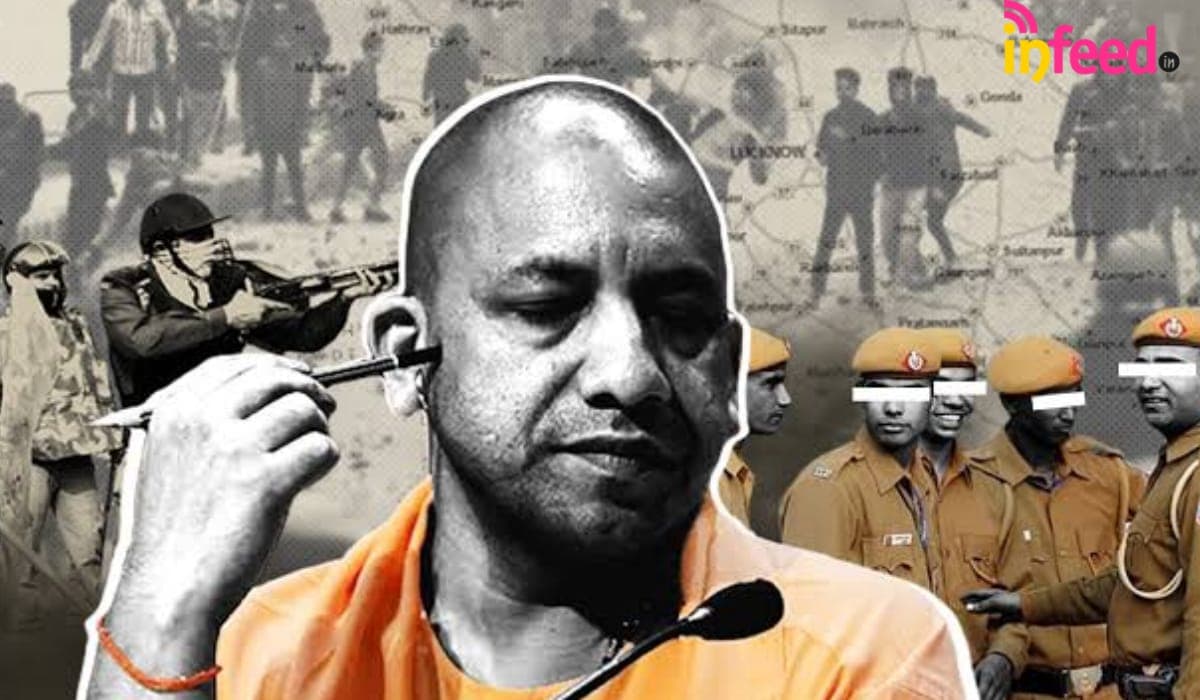 Series of heinous sadistic crimes of rape and murder of women accompanied with body mutilations, slitting of necks, strangulation and burning women alive after raping them have become incessant barbaric occurrences over the last few years. In 2019, we saw dozens of live videos of violent attacks on women in Uttar Pradesh and some other States in India, circulated on social media, which of course, later were restricted.

Just recently, on Friday, August 14, 2020, a horrific violent rape and brutal murder by strangulation of a 13-year-old girl occurred in the Lakhimpur Kheri District, Uttar Pradesh by two men. The 13-year-old girl’s body was found in a sugarcane field that belonged to one of the accused, quite close to a police station.

On December 7, 2019, a 23-year-old girl from Unnao in Pradesh, a rape victim was burned alive by five men while on her way to a court in Rae Bareli to attend a hearing in her rape case by the same men who raped her in December.

On 4 June 2017, a brutal gang rape of a 17-year-old girl in Unnao, Uttar Pradesh was committed.  This rocked the country as the Bharatiya Janata Party-led party legislator Kuldeep Singh Sengar was charge-sheeted by the Central Bureau of Investigation (CBI).

On 27 May, 2014, a gang rape and murder of two teenage girls was reported in the Katra village of Budaun district, Uttar Pradesh.  According to reports, in the evening the girls had gone out into a field used for defecation and did not return.  Villagers searched for the girls throughout the night and they were found the following morning hanging from a tree and discovered they had been raped and then hanged on that tree.

The National Crime Records Bureau (NCRB) published the annual Crime in India Report 2018 recording that Uttar Pradesh topped the list of crimes against with 59,445 cases.  We have to keep in mind that thousands of cases are unreported and unrecorded due to the shame factor associated with rape on women.

Why does Uttar Pradesh have Highest Crimes against Women?

Three factors have led to the spiraling crimes against women in Uttar Pradesh.

Unemployment, poverty, overpopulation and low literacy are that quadruplets that breed in murky lowland systems that enable vicious crimes.

Unemployment:  This has increased and rose to 21.5% in April 2020 and the number of jobless people in UP rose by 58% in two years.

Poverty:  Due to unemployment, poverty perpetuates the villages.  Most people in Uttar Pradesh have to migrate to other States in India for search of employment.  Unemployment does play a big role as during times of idleness, bigger crimes are committed.

Overpopulation:  As the country’s most populous state, Uttar Pradesh has seen a population explosion in the past and still continues to house around 15% of the total population of the country. In order to provide for such a populous State, the demographics of UP has to be revamped with more constructive methods.

Literacy:   While the literacy statistics are claimed to be rising in Uttar Pradesh, they were still far lower than the South of India.  When the mind is untrained and uneducated, raw crimes are more likely to surface.  Knowledge polishes and sparkles up the mind to aspire for higher aims with more noble thoughts.  Without finer knowledge gleaned through education, the mind is often stuck in muddy swaps where crime becomes a brother and benefactor to the unschooled.  These four factors desperately need to be addressed through constructive means to build up the State.

Unfortunately, if the government’s main focus is communal politics with attacks of lynching Dalits and Muslims and rising rapes with murders, it is clear that the focus is not healthy development.  In a climate breeding with fear and violence, how can any State Government prosper? It never can, because in an atmosphere of fear and hatred, prosperity cannot produce its fruit and creativity and inventory cannot build its pathway.

On August 5, 2020, in Uttar Pradesh, the Prime Minister, Narendra Modi, laid the foundation stone, a symbolic silver brick, for Ayodhya Ram temple.  As they are embodying a Ram Rajya, they should embrace its principles of peace, love, and tolerance.  The saffron color of OM represents peace, love, dedication and tolerance towards all living things God created. Unfortunately today when we see the saffron flag or saffron, we immediately associate it with lynching, raping, violence and death.  Politicized religion has destroyed concepts of peace in Hinduism.

It is time for Uttar Pradesh to reflect on its climate of hate that is weakening its foundations with vibes of negativity.  Will the Government work on fresh ways to wash away the communal divides and remove politicized religion to bring in harmony and peace so prosperity, fruitfulness and productivity can replace the scarred burned ashes?