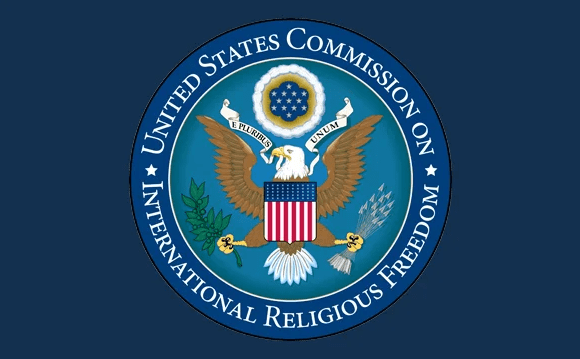 Ministry of External Affairs strongly condemned the US Commission on International Religious Freedom (USCIRF) for its criticism of India based upon a “misguided” report that coronavirus patients in a hospital in Ahmedabad were separated on the basis of their religions.

This has come out after The USCIRF voiced worries over the way India is fighting the coronavirus pandemic following a media report that a Gujarat Govt hospital in Ahmedabad separated the infected patients on the basis of their religions.

“As if its peremptory commentary on religious freedom in India is not enough, the USCIRF is now spreading misguided reports on the professional medical protocols followed to deal with the spread of COVID-19 in India,” MEA Spokesperson Anurag Srivastava said.

He said no segregation of patients is being done in the civil hospital on the basis of religion as clarified by the Gujarat government.

Srivastava said the USCIRF “must stop adding religious colour to our national goal of fighting the pandemic and distract from larger efforts”.

Earlier in a tweet, the Commission said it was concerned over the reports of Hindu and Muslim patients being separated in the hospital.

“Such actions only help to further increase ongoing stigmatization of Muslims in #India and exacerbate false rumours of Muslims spreading #COVID19,” it said. The USCIRF had earlier criticised India on the Citizenship (Amendment) Act.

The @USCIRF must stop adding religious colour to our national goal of fighting the COVID 19 pandemic. pic.twitter.com/CsdGplDWmL