US has largest number of COVID-19 patients

US has largest number of COVID-19 patients 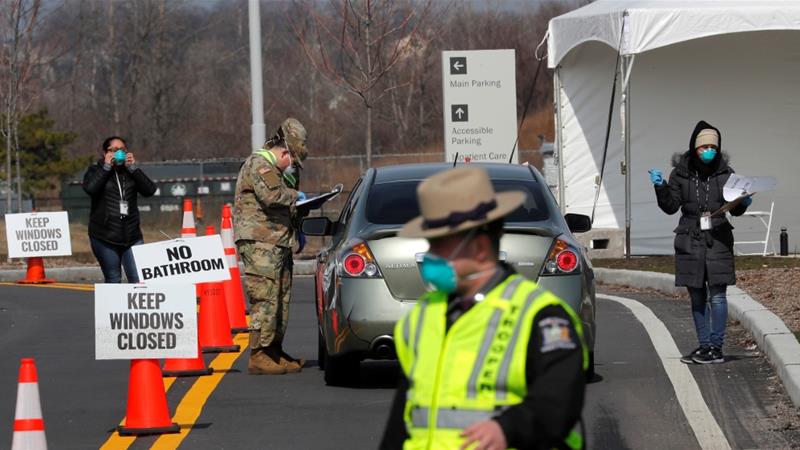 The corona virus infection, which started from China at the end of last year, has spread all over the world. US ranks first in Corona’s most positive cases. According to the New York Times report, the number of corona patients in the US has increased to 81,321.

US, with a population of about 33 million, has overtaken China and Italy in cases of corona virus. So far, 80,539 corona positive cases have been reported in Italy and 81,285 in China.

New York has emerged as a major epicenter of the disease. The city’s huge convention center is being converted into a hospital. There have been more than 350 deaths in the state. Spain is the country in Europe where its outbreak is spreading the fastest.

At the same time, the number of corona virus infected worldwide reached near to half a million on Thursday. Meanwhile, 3.3 million Americans have applied for unemployment benefits within a week. This shows the damage done to the world’s largest economy.

Health services in Europe and New York have collapsed due to this disease. An unprecedented $ 2,200 billion economic package has been approved to help businesses, hospitals and ordinary citizens in the US. In this plan, $ 1,200 will be given to each adult and $ 500 to the child.

At least 2.8 billion people worldwide, more than one-third of the earth’s population, are prohibited from traveling because of the lockdown. On the other hand, the World Health Organization reprimanded the world leaders for wasting precious time in the fight against the virus and said that we have missed the first opportunity and now it is the second opportunity which should not be lost. More than 22,000 people have died due to this disease.