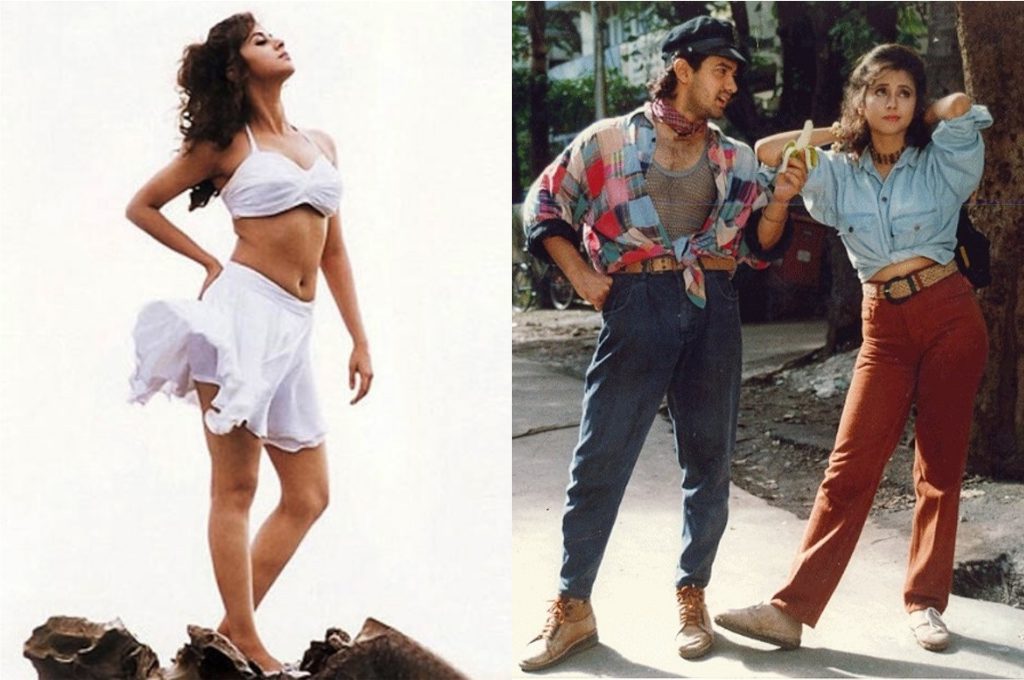 Urmila Matondkar who is 47 now is reliving the days of Rangeela and pondering about the possibility of a remake of Rangeela. The actress who became popular after Ram Gopal Verma’s Rangeela became a blockbuster hit says, “There is no hard and fast rule whether a film should be remade or not, citing that some remakes are great while others fail to impress.

A diplomatic reply, Urmila who has also tried her hand in electoral politics has kept it unclear whether she wants a sequel of Rangeela to be made or not.

In Rangeela (1995), Urmila played Mili, a woman from a middle-class family, who aspires to be an actor. She is caught in a love triangle as her childhood friend Munna (Aamir Khan) and the lead actor of her film, Raj (Jackie Shroff), both fall for her. The film was not only a blockbuster but was lauded by critics as well.

In an interview with Times of India, she further added, “I think it’s a little unfair to make one rule for all. Some of the remakes turn out to be great and some don’t hit the mark because you can’t forget the original.”

“Those films were big because we had made such an impact on the audience’s minds. It’s very difficult for any actor or maker to recreate that every time. So, some of them really work and some of them don’t; I don’t think there’s any hard and fast rule whether they should be made or not made. Even in Hollywood, it’s the same thing,” she added.

Urmila had started her career as a child artist and made her debut as the lead star in Narsimha in 1991. She has acted in films such as Judaai, Satya, Khoobsurat, Pyaar Tune Kya Kiya, Bhoot and Ek Hasina Thi.

In 2019, she unsuccessfully contested the Lok Sabha elections on a Congress ticket. However, after five months in the party, she quit Congress in September 2019 and joined the Shiv Sena. Recently, she took on Kangana Ranaut for comparing Mumbai to Pakistan-occupied Kashmir.