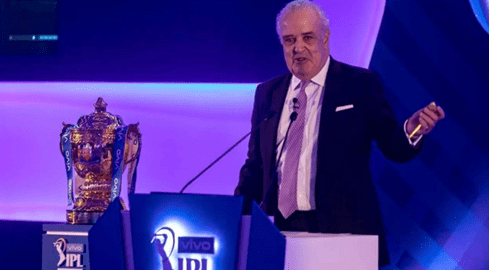 World’s biggest cricketing premier league auction is here and all franchises are ready with their bags and checklist to pick the best players available for bid. As every year there is always a curiosity to find the costliest bid of the year. Last year Australian pacer Pat Cummins bagged a contract worth INR 15.5 cr with Kolkata Knight Riders (KKR).

The 14th edition of IPL is about to begin this year and the auction was held on February 18, 2021, in Chennai. There are 298 players registered to go under the hammer and each team has a pre-defined budget based on their remaining amount after retaining players.

Below is the list of budgets remaining for each IPL team.

Let’s see some exciting moments from the auction Chris Morris was the costliest player to be bought this year for INR 16.25 crores by Rajasthan Royals (RR). Kyle Jamieson the New Zealand pacer who will be making his debut in this session of IPL was the second costliest player who bagged the contract with Royal Challengers Bangalore (RCB) worth INR 15 crores. He has an economy of 7.98 with 54 wickets in T20 matches. Starting with the base price of INR 75 Lakhs team RCB and DC chased to raise the price to INR 15 crores which Finally went to RCB. It will be a good addition to the team RCB which has always failed to have the best combination of bowlers, especially for death overs.

From Indian players, Krishnappa Gowtham was the costliest player with 9.25 crore

SHR with the strong bowling unit added one more spinner to their unit, Afghanistan’s spinner Mujeeb Ur Rahman was picked for INR 1.5 crore

Arjun Tendulkar was picked by Mumbai Indians for INR 20 Lakhs

Mohammad Azharuddin whose dream bucket list went viral on social media was picked by RCB for base price. Looks like one item on the list has been checked for this Keralite opener.

An Interesting bid one could see to picking Tamil Nadu all-rounder Shahrukh Khan. Initially, RCB and DC locked their horns but later Punjab picked him and was sold for INR 5.25 crores.

BBL leading wicket-taker Jhye Richardson was bought by Punjab for INR 14 cr, after an intense bidding battle between Punjab and RCB. It is interesting to note that Punjab picked some fine players this season like Dawid Malan, Jhye Richardson, Riley Meredith, Shahrukh Khan, Moises Henriques. Hoping this would give King’s Punjab IX their first IPL trophy.

Well, that was all highlight about this season’s IPL auction! cheers