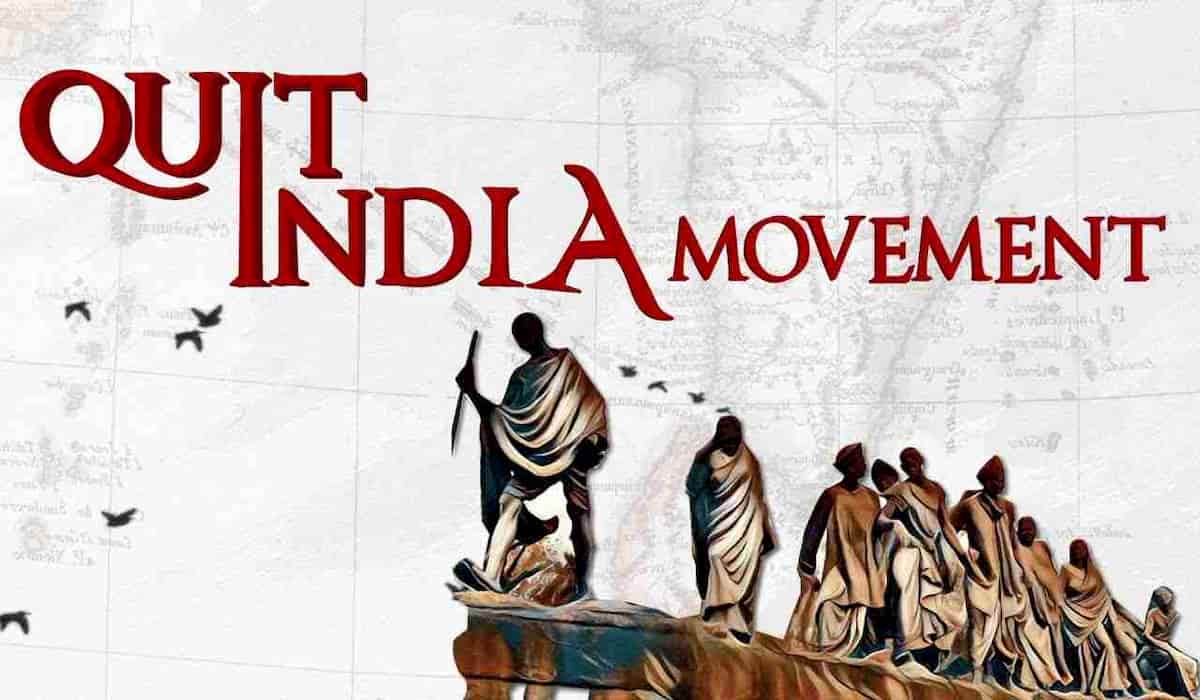 The 78th anniversary of the Quit India Movement, famously known as the August Revolution in the history of India’s freedom movement, falls on August 9, 2020. The movement was inspired by the intense desire of freedom of the Indian people. According to a letter written by Dr. Ram Manohar Lohia to the Viceroy Linlithgow, the British government had killed fifty thousand patriots and injured much more people during the movement. On the occasion of the 75th anniversary of the movement, celebrated three years ago on 9 August 2017, almost all political parties had organized a number of programs in memory of the martyrs of the August Revolution.

Prime Minister Narendra Modi, while observing the occasion, gave a clarion call for the revival of the spirit of the Quit India Movement by coining a new slogan ‘Karenge Aur Karake Rahenge‘ in place of Gandhi’s slogan ‘Karo Ya Maro‘ – Do or Die.  The slogan by Prime Minister was intended towards achievement of the goal of building a ‘new India’ by the year 2022. He further said that India will complete 75 years of Independence in 2022 and remembering the 75th anniversary of the Quit India Movement should be used in making of new India so that it can be built by the 75th anniversary of Independence.

One can argue on the basis of historical facts, including the role of the Rashtriya Swayamsevak Sangh (RSS), that the Prime Minister’s call is not even remotely compatible with the original spirit of the Quit India movement. Because it is hard to link this spirit with the idea that lies behind Prime Minister’s new India. The making of new India is an unmindful bizarre effort to fit a stagnant mentality, which is often termed as ‘Manuvaad‘, into a borrowed and poor digital setup in the name of modernity. Secondly, this new India is being built at the cost of the Constitution, sovereignty and resources of the country, which were achieved with the independence from the colonial power, of which the Quit India Movement was the gateway.

In fact, it would be natural for the Prime Minister to think that the spirit of the struggle for independence, including the Quit India Movement, would hold any meaning only when it is used for building this new India. This can be possible only when the spirit of freedom is reduced into spirit of neo-colonialist slavery. The obvious meaning of his call of course can be interpreted as the time has now come to correct the ‘incorrect’ spirit of freedom struggle. And the RSS was farsighted enough, who had opposed the struggle for Independence inspired by an ‘incorrect’ spirit!

The communist leadership of India would be called honest so that they had opposed the Quit India Movement, they have no concern with the original spirit of the Movement, and the people and leaders who participated in it. Although the Communist Party of India (CPI) had apologized to Gandhi and the Congress later for its role but even today, most communist leaders and intellectuals are found to argue in favor of their opposing role during the Quit India Movement on the basis of international conditions. They even consider the Independence of India in 1947 more as a consequence of international conditions, and not a direct result of the Indian people’s struggle and sacrifices.

In this article, the desire for freedom which inspired the people of India during the Quit India Movement, has been contemplated with reference to Lohia’s analysis of the same. In the Indian freedom struggle the will of freedom and the strength, gathered from various sources, to achieve the independence was finally demonstrated in the Quit India Movement. The Quit India Movement conveyed the fact that even if the leaders of the country were directed by the will of freedom, the real strength to achieve it decisively resided in public. The movement was country-wide, in which large number of people participated and demonstrated unprecedented courage and endurance. Lohia has written, quoting Leon Trotsky, “… barely one percent of the Russian population took part in the Russian Revolution. In our Revolution no less than 20%of our people took part.”

The ‘Quit India’ resolution was passed on August 8, 1942. Aruna Asaf Ali hoisted the tricolor on the Gowalia Tank ground and on the night of 9th August the senior leaders of the Congress were arrested. Due to the arrest of leaders, the action plan of the movement could not be made. The relatively young leadership of the Congress Socialist Party (CSP) was active, but it had to work underground. In such a situation, Jai Prakash Narayan (JP) wrote two long letters from unknown places to provide much required guidance and encouragement to the revolutionaries and to explain the character and method of the movement. Therefore, it would not be wrong to say that the public itself was its leader during the Quit India Movement.

Lohia, on the twenty-fifth anniversary of the Quit India Movement, wrote : “9th August was and will remain a people’s event. 15th August was a state event. … 9th August 1942 expressed the will of the people – we want to be free, and we shall be free. For the first timer after a long period in our history, crores of people expressed their desire to be free. … Anyhow, this is the 25th anniversary of 9th August 1942. It should be celebrated well. Its 50th anniversary perhaps will be celebrated in such a way that 15th August will be forgotten, and even 26th of January will be put into the shade, or only equal it.”

Lohia was not alive to see the fiftieth anniversary of the August Revolution. His belief that people will listen to him after his death, has turned out to be a misconception. Fiftieth anniversary of the movement came in 1992. This is the year when the New Economic Policies were already introduced in 1991. These policies had opened the country’s doors to domestic and foreign multinationals for loot, and a five hundred years old mosque was demolished in the name of Lord Rama. Since then, due to the nexus of neo-liberalism and communalism, the ruling class of India has become a bitter enemy of the Indian people. The same people who had paved way for the independence of India while facing the suppression of imperialist rulers in the Quit India Movement, and made India a socialist secular democratic republic.

The constitutional foundations of the Republic of India have become almost hollow in the neo-liberal phase of last three decades. One of the results of this phenomena can be seen that the foundation of a religion-based new India has been laid on 5 August 2020 in Ayodhya by the Prime Minister of the country, and that too with the blessings of the Supreme Court of India. The ghost of new India communicates in the language of its architects. Case in point being that Mahant Nritya Gopal Das of Shri Ram Janmbhumi Teerth Kshetra has said that the construction of the temple is the construction of new India!

The start for PM’s much glorified new India took place in 1991-1992. In the last three decades, the sovereignty and resources of the country, as well as the constitutional rights from the public have been snatched by subverting the Constitution. The spirit of freedom struggle, including that of the Quit India Movement, is being used, by its propagators, in the direction of building this very new India. ‘Lohia Ke Log‘ (Men of Lohia) too are equally culpable for this venture. By the hundredth anniversary of the Quit India Movement, the picture of new India will be quite certain. If not, then, by taking the words of Lohia, a resolution should be made – ‘we want to be free, and we shall be free’ from new India. Further taking cue from Lohia’s perception about the original spirit of the Quit India Movement, it can be said that this revolution to regain India will be made by the people of India as they did on August 9, 1942