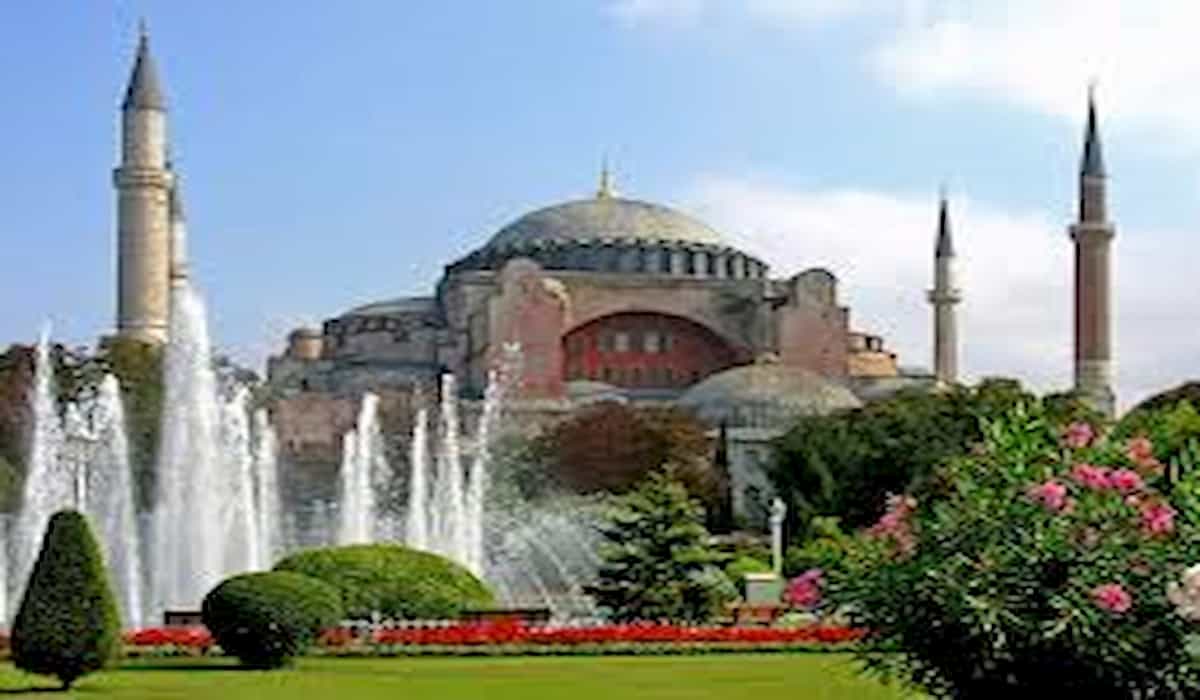 Summary
I Arduan changing the values of Ataturk-
II Ataturk imposed punctuality on Islam-
III Why did Arduan take this step?
IV Author

Pope Francis, the Vatican city, said on Sunday that he was unhappy with the Turkish decision to change the position in Hagia Sophia. Hagia located in Istanbul and was built as a church but later on it was caged into a mosque. And later it was made a museum. Pope said in a brief note, “I am thinking about saint Sophia (Hagia Sophia) and I am very unhappy. Francis spoke nothing more, but his gesture was clearly on the step of Turkey ‘s President Rajab Tayb Erdoan to replace the monument building into a mosque. The Ottoman Empire in the year 1453 conquered this city, After which sant Sophia was converted to the mosque. The secular government of Turkey decided to make it a museum in 1934. The high court overturned the decision of the government of 1934 after Erdoan announced it open for namaaz.

This world-famous building was built as a church. In 1453, when the Islamic Ottoman Empire captured the city, it was destroyed and converted into a mosque. Ataturk then in 1934 converted the mosque to the museum because They wanted inspiration from western values instead of religion. The Turkish Islamic and nationalist groups have long been demanding the conversion of Hagia museum into a mosque. However, arduan says it will be held as a cultural heritage and will be open to the tourists.

Arduan changing the values of Ataturk-

A Mustafa Kemal Ataturk alias Mustafa pasha, who laid the foundation of the Turkish republic, began to draw inspiration from Europe in the elimination of religion. The European civil codes came in place of Islamic law (sharia), the constitution embodied secularism, In the society tried to unify woman – man and changed the shape of a predominantly Muslim country. However, President Rajab tyab arduan, who was in power for over a decade and a half in the country, gradually began to transform the ideal country of a Muslim democracy in Ataturk.

Ataturk preached Turkey’s tradition and culture in such a way that the minds of the people were more of a global Muslim community than nationalism. He used to run the government with secular people on the ideal of “Kemalism”. On the basis of the political and legal system which he laid down, they did not allow the Muslims the freedom to do anything that would affect issues such as religious land, revenue. Even make laws to defraud politicians who support Islam.

Why did Arduan take this step?

However, arduan always preferred the rights of Islam and Muslims over secularism. Even they have attributed secularism to the problems of the country many times. To make even Hagia Sophia a mosque replaced has been decided to make derivative society happier. He even went to the extent of suggesting that the Muslims had returned to the “normal circumstances” when the mosque was built to hagia. Some say that they want to divert their attention from the economic condition of the country.

What is important is that since there was the first church, Hagia has been regarded as a confluence of Muslims and Christianity. It has remained an example in the world. This move of Aarduan is seen as a direct continuation of the concept of Christian society.The verdict has butter in fire amid already strained ties with neighbouring country Greece. Hagia has been of great importance to Greece. Prime minister of Greece, responded and said that Turkey ‘s move would have its repercussions on relations with the European Union, UNESCO and the world. However, the Arduan judgment makes it clear that he had at last got out of the shadow of Ataturk.