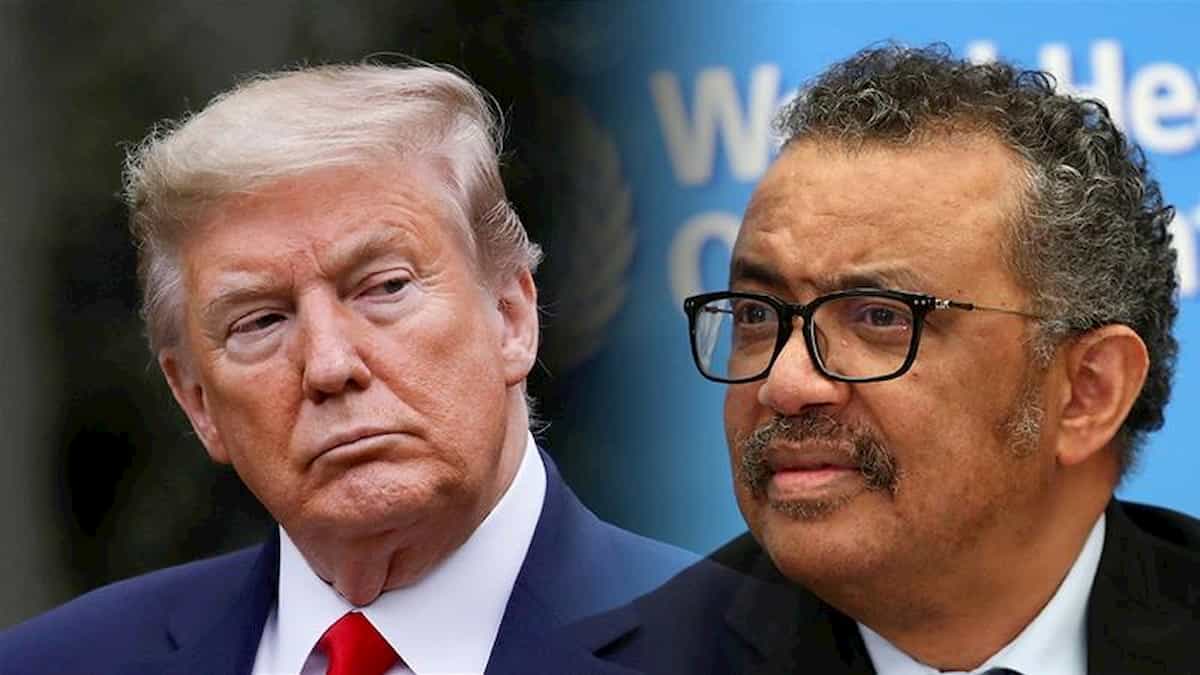 USA, the country most affected by the Corona epidemic, has ended all ties with the World Health Organization (WHO). Announcing this, US President Donald Trump said that the WHO is fully following China. The health organisation has failed to initiate the process of change and hence we are ending all our relations with the World Health Organization.

Trump further said that despite China only paying $ 40 million a year, the WHO follows China and we give $ 450 million but our words are not heard. He alleged that the recommendation of the WHO for reform was not implemented, hence the US is breaking its relationship with the WHO.

President Trump further said that by hiding information about the corona virus originating in Wuhan, China allowed it to spread throughout the world. This created a global epidemic and due to this, more than 3 lakh people have died across the world. He said that Chinese officials also hid many kinds of information from the WHO.

Also, strict action will be taken against Chinese companies listed on the US Stock Exchange. At the same time, Trump announced the abolition of trade and travel status given to Hong Kong. Trump alleged that China violated the trade agreement with Britain. China had recently enacted a disputed security law in Hong Kong, jeopardizing its autonomy. After this announcement of Trump, there has been criticism in the US on social media.

The United Nations (UNO) says that the US has taken the wrong decision to stop financial support to the World Health Organization. In a conversation with the Russian news agency, UNO Secretary General Antonio Guterres said that how did the people are related to how Covid-19 thrived, spread so fast in the world? You will find time to answer such questions. Guterres said that this is not the right time to stop funding and limit the health organisation resources.