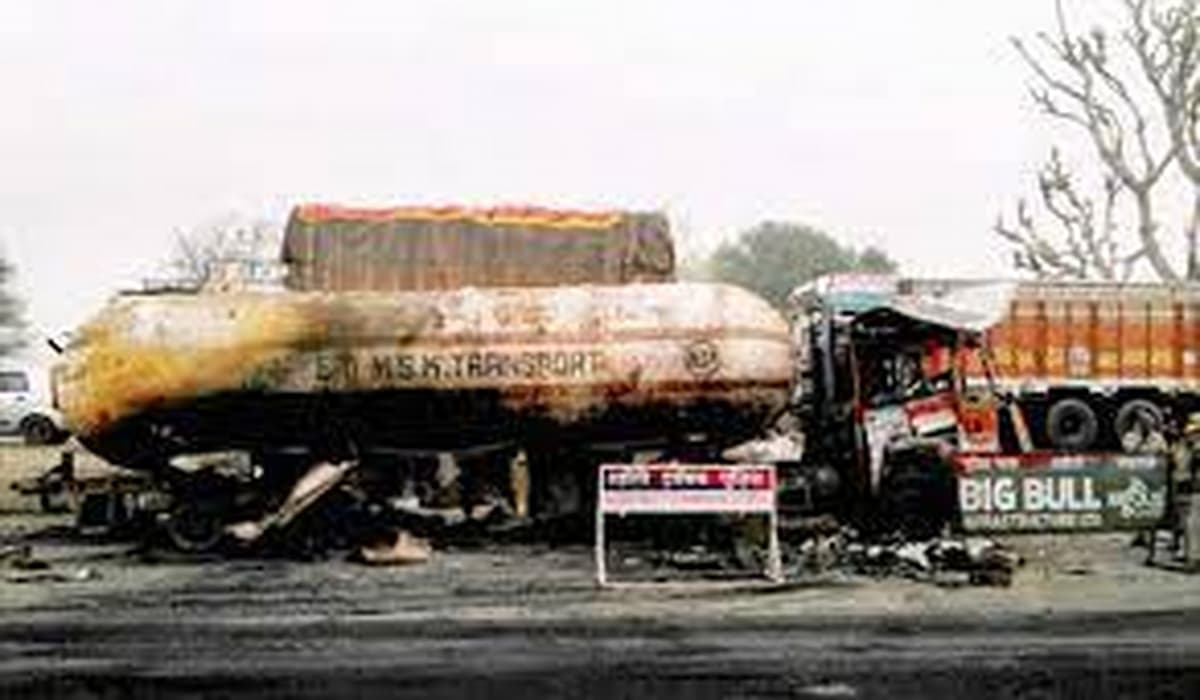 A major accident took place on the Jaipur-Delhi National Highway in Rajasthan on Tuesday (July 6) morning. Actually, a container climbing on the Kotputli flyover overturned and fell on the road 20 feet below. The container was filled with chemicals, which caught fire. The fire was so fierce that people were shocked to see it. Due to this accident, there was a huge jam on the highway for about one and a half hours.

According to the information, a container full of chemicals was going from Kotputli to Delhi. While climbing the Kotputli flyover, it overturned and fell into the service lane on the highway. The driver of the container also suffered injuries in this accident. Fortunately, when the container fell in the service lane, no vehicles and pedestrians were passing by.

It is being told that as soon as the information about the accident was received, the Kotputli police reached the spot. At the same time, the workers started emptying the container. After this JCB and crane were called, so that the container could be removed from the service lane. Due to friction while being removed from the crane, the chemical caught fire, causing the container to smolder. At the same time, JCB also came under his grip. The flames were so high that they could be seen from far away.

Witnesses said that due to the fire, chemical-laden drums exploded, causing a stampede among the spectators. The police dispersed the crowd and reported the matter to the fire department. It is being told that the fire brigade also fell short to douse the fire. In fact, initially an attempt was made to extinguish the fire by pouring foam with the help of a fire brigade, after which fire brigade were called from other places including Shahpura, Chandwaji. The fire was brought under control after about one and a half hours. During that time people kept making videos of the incident.