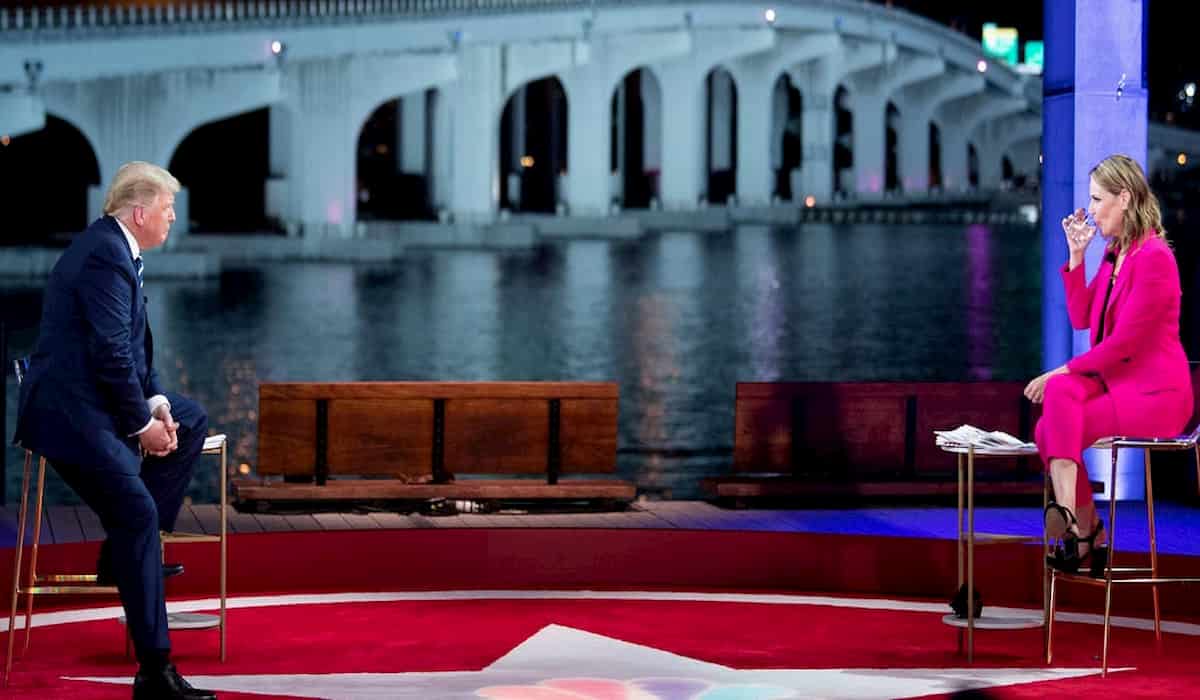 Elections in the US are less than three weeks away. Meanwhile, after the second presidential debate was canceled, Trump and Biden attended the town hall. Both were seen clashing on many issues. Trump was aggressive while Biden posed suggestive questions. Stumbling Trump under pressure, he kept saying only to vote for me because I have made America powerful again.

At the town hall, President Trump spoke of an extremist conspiracy-theory group, raising doubts about wearing masks, reprimanding his own FBI director and attacking the legality of the 2020 election. Instead, Democratic candidate Joe Biden promised to restore political norms, creating political rift in the country and expressing concern over public health.

Biden also answered questions with confidence, while Trump could not even tell how he made America better than the previous presidents. Trump looked somewhat uncomfortable at the question of the corona virus. However, then handled himself and said- the vaccine will come very soon. While Biden raised the issue of environment and transgender, every justice left in the country should get justice.

Trump asked the question of the mask raised by Biden and just said that I cannot be locked in a room, I have to go out for work. They just said that they are not anti-masks. On removing Obama Care, he could not tell which bill he would replace and what would be new in it. Similarly, Trump kept avoiding questions on the immigration and abortion bill.

Miller was wrong, and there may not be enough time to turn the campaign around.

With 18 days left until election day, Trump trails Biden by 10.5 points, according to a national polling average from FiveThirtyEight.

Trump needed to be seen by as many potential voters as possible on Thursday night. Instead of an audience of over 60 million, the number of people who watched the second presidential debate in 2016, Trump squandered the opportunity and was seen by just 13 million.

Following the first presidential debate, Biden gained 5 to 7 percentage points in the battleground states of Pennsylvania and Florida, according to polling from the New York Times and Siena College.