Thousands Will Return To Jammu Via Special Trains

Thousands Will Return To Jammu Via Special Trains 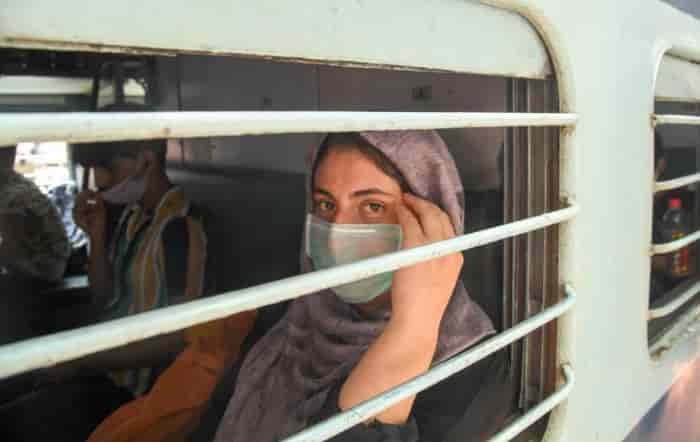 The district administration and health department have completed preparations at the railway station for people returning to Jammu and Kashmir and Ladakh from different parts of the country by traveling in special trains. On Monday, the administration officials reached the railway station and took stock of the preparations and gave directions to the employees present. The first train is expected to arrive at around 4:30 am on Tuesday and the second at around 8 am.

Preparations have been going on at the railway station for almost four days and on Monday, the administration and health department completed their preparations. On Monday, DC Reasi also visited the railway station to take stock of the situation. A desk has been set up for each district at the station and staff are appointed in it.

When the trains arrive at the station, people have to register at these desks and after that they will be boarded in buses and sent to the home districts. All arrangements for their food and drink will be made inside the bus.

Complete arrangements have been made for the seating of the people during the name registration. Separate chairs have been arranged for the people of each district. The Health Department has also issued guidelines by sending its team to the railway station and asked them to be ready at night. According to railway sources, two trains will arrive on Tuesday morning. The first train leaving from Goa will reach Udhampur at around 4:30 in the morning. After this, the train departed from Bangalore will arrive at around eight in the morning.

About 200 buses have been parked at the railway station. These buses have been sanitized earlier. The name plates of the districts have been put on the buses. People will be told their numbers and then they will be sent after sitting in trains.