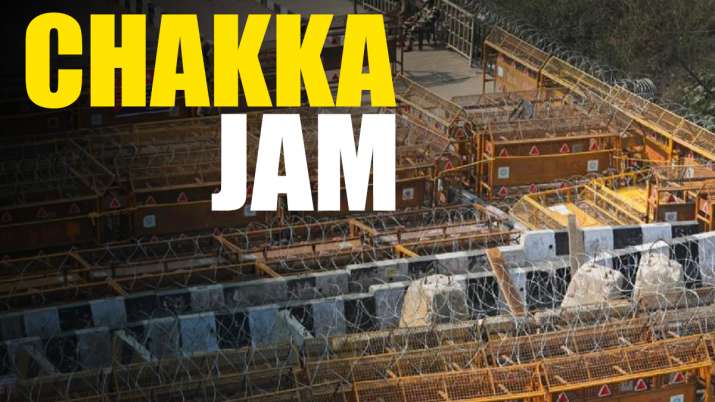 The shocking inconsistencies of passing the three farm bills, and the highhandedness of the Central Government in watering down the legitimacy of their demands has led to the historic Chakka Jam on February 6, 2021

Presently on this day, India stands united with all the farmers who are protesting all over India.  Today, the police in Bengaluru arrested thirty farmers just for participating peacefully in the protests.  Why is the Central government at war with its own people?

Since the inception of the Bills, things did not seem right.  In September 2020, the BJP government hurriedly passed the three Farm Laws, namely the Farmers’ Produce Trade and Commerce (Promotion and Facilitation) Act, The Farmers (Empowerment and Protection) Agreement of Price Assurance and Farm Services Act, and The Essential Commodities (Amendment) Act in the Lok Sabha, not giving anyone in the House an opportunity to properly review those laws.  In the Rajya Sabha, even though the entire Opposition parties vehemently opposed the Laws, the BJP did not do the ballot vote as required by law even if a single person opposed a bill.  In fact, the Speaker passed the Bills undemocratically without the Oppositions’ approval, amid cries for its removal.  Notably, in the Rajya Sabha, the Opposition is stronger than the ruling party, but even then, this protocol was not followed.  Most importantly, the farmer leaders who do not want the Bills were never consulted on this.  A badly executed procedure is stirring waves over the oceans as the world also got to witness some of the violations executed during the protests.

Punjab has the highest per capita farming household income at Rs 2,16,708 per year and on the other hand, Bihar has the lowest at Rs 42,684 per year. Punjab Haryana farmers and other farmers are aware that taking the MSP will work against them, plus there are many other stipulations in the three laws which would make the farmers “slaves” of the corporates. The farmers are “fighting for their rights, their soil, and their soul.” Many have lost lives, lands, and lost everything in this battle.

Right from the eve of the movement, the farmers were peaceful in their protests, served each other, helped, cooked for each other, and even gave food and water to the cops who were standing around their camps.  Peace emanating from a Gandhian-modeled harmonious protest went on for 70 days.  During that period, over 100 farmers lost their lives due to the difficulties they face.  They camped out in the winter subzero cold of Delhi borders.  As their protests grew in numbers and crowds thickened, cops shot water cannons over them, used tear gas, wounded by tear gas shells.  They were beaten up by goons, their washing machines at campsites broken, their tents vandalized, while government stooges spreading propaganda that the farmers have Khalistani links,  journalists reporting on the protest got arrested, peaceful old farmers beaten up with sticks, and water, electricity and Internet cut off for them.  They were humiliated, called terrorists, Khalistanis among other demeaning names. They were thrashed, injured, and one farmer was allegedly shot dead though that postmortem report and eyewitnesses report is being muffled.

After the deplorable violence on January 26, 2021, which the farmers themselves condemned and it is believed that outside forces ruptured the movement to malign it, the farmers were barricaded off like criminals with barbed wire when the Center fortified Delhi against them.

It was shocking to witness apolitical farmers being treated like irresponsible children who did not understand the three laws, criminals or terrorists and the Central government watered down the legitimacy of their demands by linking their movement to opposition parties. The farmers were demonized, mocked, while the government made desperate attempts to divide them, deride them, and polarize them.  Then, the news filtered around that only a certain section of Punjabi rich farmers had problems with the Farm Bills, while the rest of the Indian farmers were fine with the laws.  This was factually incorrect because the farmers’ protest is the largest one in world history with pan India involvement with over 250 million people involved and the numbers are increasing.

In all this, the world was watching a war-like country-border zone around the borders of Delhi, barricaded and barbed, cops armed with steel sticks, water cannons deployed, and paramilitary forces deployed.

Today, the resounding cry from the farmers is for the government to repeal the three controversial farm laws.  On Friday, February 5, 2021,  a group of 75 former civil servants on Friday wrote an open letter to the Center stating that great injustice has been done to farmers and is still continuing.“All that has happened since (December 11) has made us feel even more strongly that great injustice has been done and continues to be done to the farmer.”

It has to be noted that the farmers have been protesting for over five months and over the last two months, thousands of farmers gathered in unity to camp at the border areas of Delhi holding largely peaceful demonstrations, except for an unfortunate spate of violence on January 26th.  They are constantly asking the Central Government to take back the three new agricultural bills that they say will benefit cooperates and make farmers their “slaves”  taking away their autonomy. It is strange that the government is still adamant to go ahead with the farm bills and is showing no signs of budging.  In all this, we must not forget that Sharjeel Imam is languishing in jail for more than one year because he had asked for a Chakka Jam.