The Haves and the Have-Nots!

The Haves and the Have-Nots! 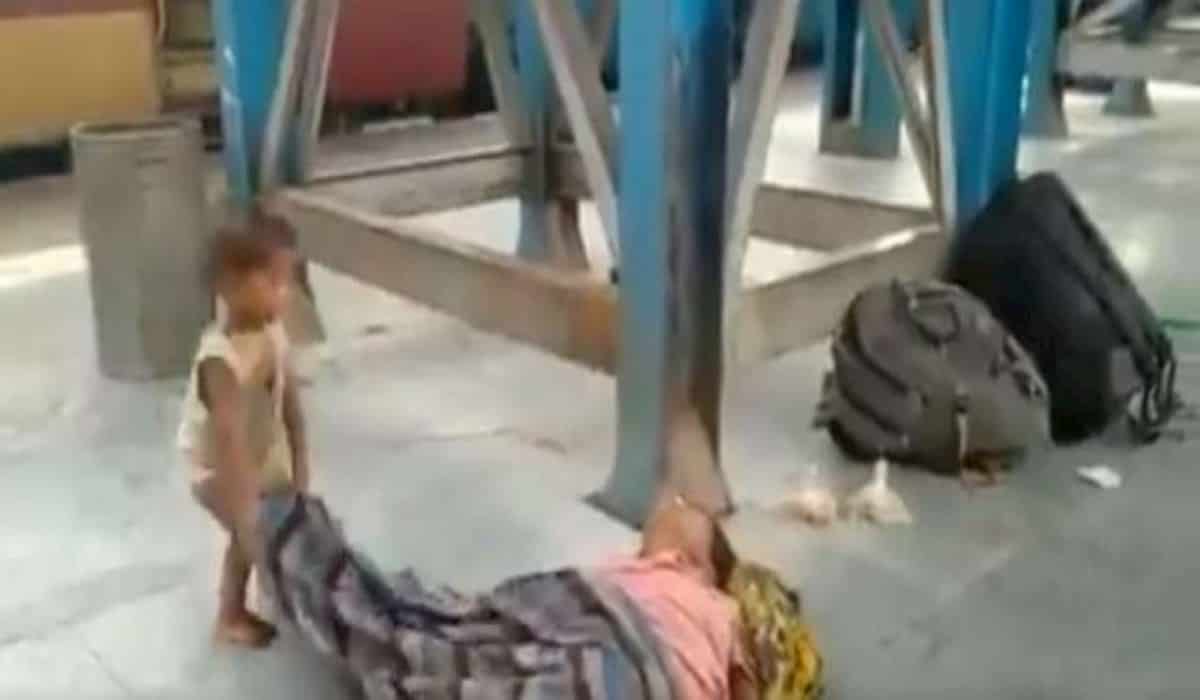 The heartbreaking picture of a 2-year-old trying to wake up his dead mother who succumbed on the long train journey due to dehydration, hunger and heat is haunting our nation. Her family confirmed there was no food and drinking water during the long journey. In such conditions, it would be natural that weaker ailing people would die like flies without food and water.

The chilling poles of distance between the haves and have-nots are rising. When the Government announced the lockdown, it was mentally unnerving to be caged in homes for months. However, the process was far more terrifying for the poor. Some were clustered in tiny houses with large families huddled together in small spaces. Sweltering in the summer heat, social distancing is a euphemistic privilege of the elite. It was an unworkable act for have-nots as they are cramped together like sardines in a tin can.

During the lock-down, the haves engaged in methods of entertainment keeping themselves out of the doldrums by sharing delicious cooking recipes on television and teaching yoga exercises to keep us all calm. On the other side of the spectrum, it was eerie to see frightening videos on social media of thousands thronging on streets, beaten up because they were not at home. Only these poor people had no homes thus desired to walk back by foot to their villages thousands of miles because they knew they would not survive in the cities without work, money and food. There was no offer of transport given to them by the Central Government.

While the others stayed home and managed to gather groceries and water on different days of the week, 45-millions poor trudged by foot en route heated tarred roads in daytime shimmering heat and tormenting nights with myriads of mosquito and insects attacking them. Dehydrated, starving, weak and with cracked feet, they barely got a meal to eat. Parents carried burdens and heavy loads and hundreds got killed by vehicles on roads. A family slept on railways tracks without thinking that the trains would restart, and lost their lives that night. They were blamed for sleeping on the tracks, but when they got no help or drop back home, can they be blamed? Parents died and left their children orphaned and crying as they staggered along.
Some of the extreme polarities between the haves and the have-nots were these:
While the haves were sprayed with hand sanitizers in airports when returning from flights, or just about everywhere they went, the have-nots are douched with disinfectants designed for inanimate objects. It must be remembered that the virus was initially brought to India through the overseas flight passengers, so spraying the have-nots so vigorously really doesn’t make sense. “The poor are bigger carrier of diseases, so they need to be douched with harder disinfectants.” This is our general feeling for the poor.

While the haves had to be mentally calmed through entertainment and exercises, the have-nots pushed on roads were thrashed on streets and humiliated by making them do sit-ups and hop down streets like bunnies stripping dignity away from them. .

While the haves had days when they could buy groceries in markets, the have-nots suffered starvation and thirst especially when walking miles home and no thought was given for their daily food and water.

While school commenced on online classes for the haves and they could teach their children through WhatsApp, the have-nots had to suffer without school during the lock-down.

While the haves kept social distancing with advertisements marked everywhere, ‘Stay home, stay safe,” this was an impossibility for the have-nots of hundreds of millions of Indians are living in tiny apartments with large families huddled together in a single room for most of them. Large slums like Dharavi could never excel in the art of ‘Stay home, stay safe.”

While the haves could sit coolly at home and unwind or wind up, the have-nots struggled on every count. Only one-third of Indian households have refrigerators, only 66 percent of households have TVs, and more than half of the population still don’t have access to the Internet, so lock-down was the toughest for them.

The growing resentment between the privileged and underprivileged exploded recently when the lock-down rules lightened, and a band of migrants on the roads pelted stones at the affluent’s vehicles!

The way a nation treats their poor reveals the health, hearts and mental state of the nation and if a nation is kind to their poor, that nation is rich in spirit, heart and wealth. During this crisis, the poor were treated so shabbily that people began to wonder, “Is this some kind of conspiracy to eradicate the poor due to the population?” One will never know, maybe it was just a badly conceived organizational blueprint which overlooked the poor.
Sometimes, when asking migrant workers if they ate food, some of them burst into tears! Some of them were starving but were too proud to say so! We would really need to reevaluate and redefine the way we treat our poor for it not, in time, we would reap a very bitter harvest. In the words of one migrant, he said, “They treat us like stray dogs!”

Every religion teaches us to be kind to the poor and teaches us humanity:

The Bhagavad Gita: “Charity given out of duty, without expectation of return, at the proper time and place, and to a worthy person is considered to be in the mode of goodness”
The Quran: “Be good to orphans and the needy. Speak nicely to people. And help the poor.”
Guru Granth Sahib: The true path to God lies in the service of our fellow beings.
The Bible: “Whoever is kind to the poor lends to the Lord, and He will reward them for what they have done.” Proverbs 19:17: “He defends the cause of the fatherless and the widow, and loves the stranger/migrant, giving them food and clothing.” Deuteronomy 10:18. Do not deny justice to your poor people in their lawsuits.” Exodus 23:6

With our thousands of years of civilization, surely, India should treat its poor with more civility.