The famous Kolkata trams get a welcome makeover

The famous Kolkata trams get a welcome makeover 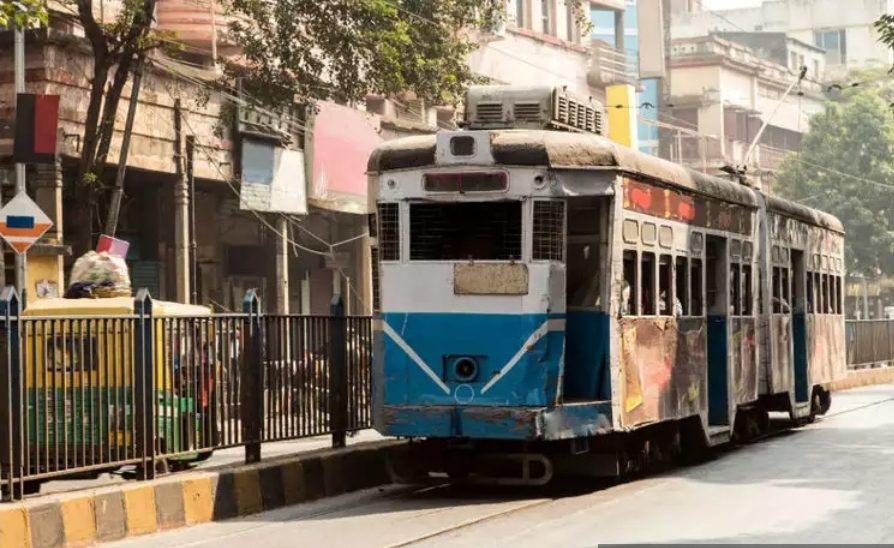 The old-school charm of Kolkata’s famous trams is all set to take a cooler turn, and is expected to be on the roads of the City of Joy very soon. Imbibing the classic elements, the new tramcar comes is just one coach and comes with air-conditioning and runs at an average speed of 35 km/hr. This new tram coach was opened to the public at the beginning of May this year and has since been drawing people in good numbers.

This new coach runs six rounds in a day, and has become quite a hit, especially the stretch between Shyambazar and Esplanade. Reportedly, the new service has brought thrice the revenue as compared to the regular tram coach. The revamped coach has been redesigned, using a coach that was built in 1982.

The success story has also inspired the West Bengal Transport Corporation (WBTC) to replicate the new service to other parts of the city now. One of the city delights, the history of Kolkata’s tram service goes back to 1873 when the first attempt to run the same was made between Sealdah and Armenian Ghat; it finally started in 1880. The current, modernised version was introduced in 2012.

Kolkata trams are also the oldest running electric trams in Asia; currently, it is the only city in India to have a tram network. Travellers in the city make sure that they hop aboard one, and tune into this unique city experience. Now, with the new service in place, the lure of Kolkata trams is expected to increase manifolds.