On October 31, 2020, the Uttar Pradesh Chief Minister Yogi Adityanath announced that his government would bring in a tough law against Love Jihad.  After his stoic thunderous rant, suddenly, other BJP-ruled States in Madhya Pradesh and Haryana felt empowered to declare that they too would take stringent action against “Love Jihad stating that a ‘Love Jiihad Bill is set to be tabled in the State Assembly and its provisions include five years of rigorous imprisonment for violators.

The wild spurious allegations of Love Jihad first rose to national awareness in September 2009.  This new term suddenly dawned on the dictionary and many Indian citizens had to research on the obscure origins of it.  Love Jihad or Romeo Jihad is an Islamophobic conspiracy theory alleging that Muslim men target women belonging to non-Muslim communities for conversion to Islam by feigning love.

As we all know, love is a universal natural emotional-body-soul-spirit phenomenon.  All over the world, people from different cultures and religions fall in love uninhibitedly. Love just happens and one cannot premeditate love or methodically plan who to fall in love with. Nor can one explain love’s mystical attachments and millions certainly do not plan to fall in love with a particular person on grounds of their race, culture, religion or physical appearance.  Love is an unexplained magnetic force where two people are suddenly drawn together very powerfully.  Is it not strange that in the 21st century, when knowledge and awareness has increased by leaps and bounds and science has transcended to higher realms of understanding, that such a crude almost barbaric law utterly lacking in insight, ethereal sensitivity, understanding, and intelligence be passed?   Which court of finer judgment could ever pass such a crude coarse base law, a law that states that a Muslim man cannot fall in love with a woman of another religion?  Why is the Bharatiya Janata Party demonizing love for Muslim men alone? Is this not maliciously targeting one particular religion with unjust vengeance?

NC Asthana, retired Indian police office has sent out a warning that Love Jihad is a malicious ploy to disenfranchise Muslim men from public life.  According to Professor Gregory Stanton, an expert on genocide studies says that constant dehumanization to place an entire community of minority men under suspect and ridicule can lead to an alarming situation of genocide.

Congress Rajasthan Chief Minister, Ashok Gehlot beautifully said, “Love Jihad is a word manufactured by BJP to divide the nation and disturb communal harmony. Marriage is a matter of personal liberty, bringing a law to curb it is completely unconstitutional and will not stand in any court of law. Jihad has no place in Love.

In 2013, the Bharatiya Janata Party (BJP) spitefully used Love Jihad as a political-religious ploy resulting in the killing of 62 people, and displacement of more than 50,000 Muslims in the days following the Muzaffarnagar Riots in Uttar Pradesh.  In the months preceding the riots, all of western UP was polarized along religious lines shattering the region’s social peaceful harmony. Jats and Muslims, who had come together as one agricultural community under the leadership of former Prime Minister Charan Singh since the 1970s, suddenly became bitter enemies. The communal soil today is still fragmented due to the insidious diabolic efforts of the saffron party. The saffron party workers laboriously used social media especially WhatsApp to claim that certain madrassas were funded by terrorist organizations and Islamic countries to convert Hindu women. This fake theory was then amplified by circulating multiple forged morphed videos over WhatsApp leading to deep seeds of suspicion sown before the Muzaffarnagar communal riots in 2013. More videos kept circulating around to stir up hate and distrust.

Another RSS-backed campaign occurred around the time of the Muzaffarnagar riots, when the Rashtriya Swayamsevak Sangh (RSS) in September 2013 circulated an email to many journalists titled, “Some Facts: Muslim Man/Hindu Woman”. The email listed 73 male celebrities who were Muslim and had married Hindu women, but did not mention ‘Love Jihad’ at all further knocking in the “Love Jihad” theory in an innocuous manner.

These alarming new laws laid out by BJP-ruled states led Tehseen Poonawalla, political analyst, social activist, and businessperson to state on Twitter, “I have written to Rajat Sharma Live  Ji President of News Broadcasters Association to take up the coverage of  Love Jihad, (a fake propaganda), specially the debates around it, in which participants are speaking lies and half-truths only to vitiate the environment.”  All around the nation, people are alarmed at this new strange law.

Political analysts are awakening to the similarities of the Nazis in Germany in 1935 and India  in 2020 and these analogies are startlingly alike. It was stunning to see the Indian media, which was once highly trustworthy is presently not reporting real events on ground and always pouring out flourishing praise for the government. One recent example was while there was visible anger when the Home Minister Mr. Amit Shah visited Chennai on November 21, 2020, the media reported that  Tamil Nadu greeted Mr. Amit Shah warmly. They did not tell the nation of angry crowds who threw slippers on him shouting “Where is my 15 lakhs” nor did the media reveal that several people were arrested as well as a 76 year old man for the wrath they displayed on the Home Minister.

Today, political analysts are pointing out similarities between 2020 India and 1935 Germany.

Nazis and BJP/RSS are similar in desire for control and dominance over the country and eventually world witnessed by the radicalized statements made by their leaders.  The Uniform Civil Code (UCC) was already proposed in India by the BJP to formulate and implement personal laws of citizens, would apply on all citizens equally regardless of their religion stripping away personal rights to religion, culture, language and ideology.

Third Reich equates New India where the BJP/RSS believe Sanatana Dharma, a superior religion will replace all religions and they are looking for a Hindu Rasthra in India.

Communists equate Congress and other opposition parties and journalists seen as pests that need to be eradicatd, thus BJP/RSS wants Congress Mukt Bharat and wants to eliminate not only Congress but every opposition party. Journalists and voices of dissent are being ruthlessly arrested without fair reason, warrant or trial. BJP has the money is able to buy up weak politicians during every election, thus splintering all opposition parties down to disintegration. No election nowadays is won by BJP popularity, but rather through election buys and other methods.

Lebensraum equate Akhand Bharat – The saffron party is working hard to dominate every ideology, seeking to control Indian minds to turn them to their way of thinking, living and religion.

Nuremberg Laws equate CAA, Love Jihad:  These laws will ultimately lead to genocide of a community as Hitler did with the Jews in Germany.

Using vague new terms such as Love Jihad that criminalizes Muslim men falling in love and putting them in prison for 5 years and which will dehumanize them, build up ridicule resulting in genocide eventually.

To reiterate about love, it is universal, natural and love happens, people don’t plan who to fall in love and sometimes even happens against a person’s natural will.  To vilify a certain community falling in love with someone from a different religion and raise a law to stop them can only be done from people whose own hearts are bound with chains of hate.

Because of the alarming proportions of which hate, intolerance, lynching, caste rape and murders, religious violence is escalating, half the nation is rising up to fight to save India, preserve and protect minorities, and save the Constitution.  What else can one do when the country lies at stake, about to be blown away by pens of deceit by those who want to rewrite history and the Constitution? 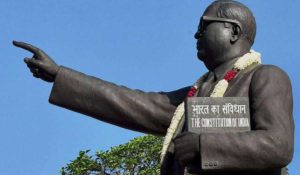 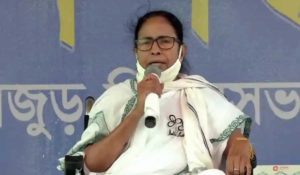 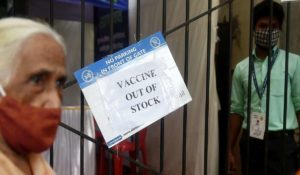