Terrorists Killed in Encounter With Indian Army in Kulgam

Terrorists Killed in Encounter With Indian Army in Kulgam 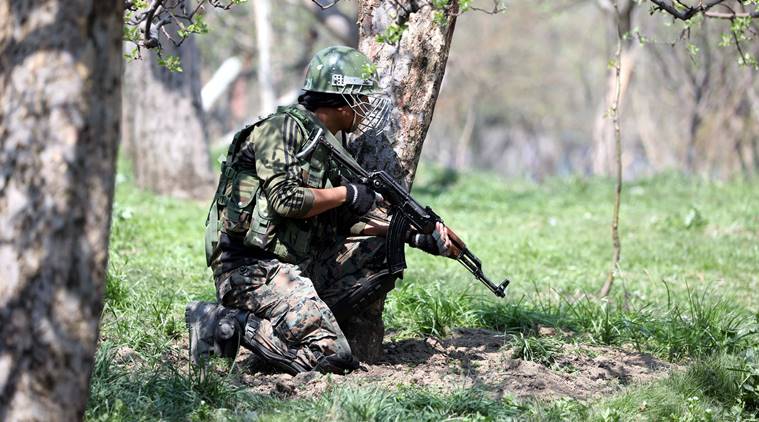 In Pakistan-occupied Kashmir (PoK), about 300 militants have crossed the Line of Control and are ready to infiltrate the Kashmir Valley. At the same time, the Indian Army is taking prompt steps to stop this. To prevent this, the Indian Army is taking steps to further strengthen its anti-infiltration grid and counter-terrorism strategy. Lt. Gen. BS Raju, commander of Kashmir-based 15 Corps, has asked the military authorities to maintain adequate vigilance while patrolling along the Line of Control in the light of the Corona virus epidemic, as the possibility of infiltrators being infected with the disease is not ruled out.

Citing a report from Srinagar, officials in the national capital said that the Army’s Area Intelligence Unit has reported that around 300 militants from banned militant organizations — Hizbul Mujahideen and Lashkar-e-Taiba – are waiting for infiltrating the valley from across the border. He said that the Pakistani Army and its intelligence agency ISI have activated 16 launchpads along the Line of Control in the recent week. Some of these are also located on the inaccessible hills of Nowshera and Chamb from where terrorists are easily known for infiltrating into Gulmarg in North Kashmir.

The report said that Lieutenant General Raju is holding regular meetings with military officials to further intensify the Anti-Infiltration Grid (CIG) so that the terrorists have no chance of crossing the Line of Control. In the event of clashes and encounters along the Line of Control with the terrorists, the soldiers have been asked to take utmost care about the bodies as they may be infected with the corona virus, officials said.