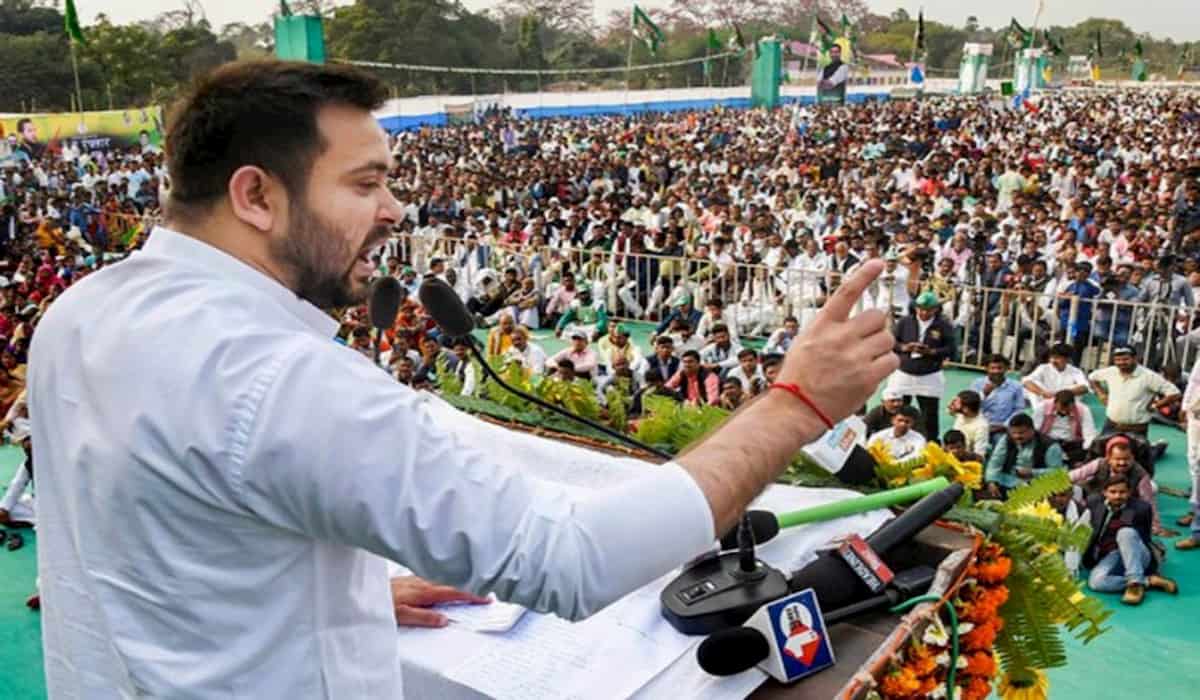 It is the last day of campaigning for the first phase of Bihar assembly elections. Meanwhile, a political debate has started on a statement by Chief Ministerial contender Tejashwi Yadav from the Grand Alliance. Tejashwi has played the card of casteism in gestures. During an election meeting, he said that when Lalu Yadav ruled, poor Sina used to walk in front of Babu Saheb of Tan. His reference was towards the Rajputs, although he did not name any caste.

In Nathnagar, Leader of Opposition Tejashwi Yadav is constantly holding rallies and meetings for the Bihar assembly elections. On Monday, he reached the CTS Church ground in Nathnagar and appealed to the public to vote in favor of Ajit Sharma, candidate of Bhagalpur Assembly of Mahagathbandhan. He did not take much time of the public and said that he has a total of 12 meetings on Monday. Therefore, by not accounting, they have come directly from the public to ask only one chance.