Teachers Were People”: A Writer Remembers The Kindness Of Her Childhood Teacher – By Nandita Sharma

Teachers Were People”: A Writer Remembers The Kindness Of Her Childhood Teacher – By Nandita Sharma 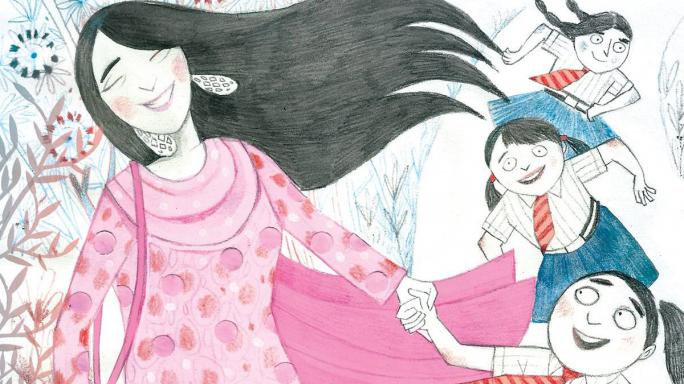 I no longer remember the name of the very first teacher I fell in love with. I remember the classroom: It was a large dark room, which, despite the class teacher’s valiant attempts—she plastered the walls with our (frankly, appalling) artwork—remained gloomy in all seasons, redeemed only by its proximity to the gardens and the bathrooms.

Our regular class teacher, Mrs Singh, was a statuesque lady in a starched sari and neat bun—practical and measured in her affections, much like our mothers. On a rain-washed morning after we had finished mangling ‘The Lord’s Prayer’—“for wine is the kingdom / the power and the lorry”—she introduced the new teacher to us. She was, in many ways, Mrs Singh’s polar opposite: slim, long-haired and young … so young. She was pursuing her Bachelor of Education from a Calcutta college and would spend six months teaching us in order to earn her degree.

I understand all this now, familiar as I am today with the manual of adulthood. At the time we—40 kids aged between five and six—had no concept of teacher trainees; just the glittering fact that in her bright-pink salwar suit and smart little handbag, also pink, her hair fluttering behind her, the new teacher was a ‘Gift from the Universe’.

Mrs Singh—much like our mothers before we’d met Mrs Singh herself—must have felt our betrayal hard, because, overnight, we transferred our collective adoration to the Gift. She was cool, played fun games with us, didn’t scold us when our A’s bled into our B’s and when she had to scold us—for Mrs Singh was watching—she gave us a conspiratorial pat or wink. As the days became weeks, and the weeks became months, the new teacher’s kindness became a beacon to my scattered alphabet and miserable spelling.

Then, soon enough, six months were up, and along with all 39 of my classmates, it was my turn to be devastated. Cards were made, red roses were coaxed out of impatient parents, toffees were held up ceremonially in hot-cupped palms. She hugged us all in turn, and stopped coming to class from the next day. The world tilted on its axis. We were back to the two-dimensional world of Mrs Singh.

The afternoon we realized she was not coming back again—ever—I cried and cried and cried on the way home. Finally, my mother, bemused and exhausted, if no longer threatened by my monomania, said, “Okay fine, tell me her name and which college she is from and maybe we can go and meet her one day.”

Her name? Her college?

I was stumped. We’d called her ‘New Miss’: “New Miss, please may I go to the toilet?” and “New Miss, she has taken my pencil!” and while she ruled our imagination, I had not, for a second, expected a surname attached to her, or suspected she might have an independent life as a person, a person who existed outside that dark classroom which sometimes stank a little of the loo.

The sobs subsided, but a sense of mystification persisted through the afternoon. Dimly aware that something had changed forever, I went to bed that night with an uneasy feeling in the pit of my stomach.

Nearly three decades later, early one morning, I board a shuttle from an obscure, dusty neighbourhood of Delhi, en route to the new liberal arts university in Haryana where I have just been contracted to teach first-year undergrads. As I look around for a seat, minding my stuff, something slices through the morning and this story is suddenly returned to me, fully fleshed out, cleanly remembered, piquant with details that I haven’t thought about in a very long time.

I sit down, and try hurriedly to stuff the papers I am carrying into the oversized FabIndia bag I bought recently in order to play the role of the new teacher convincingly. In my head, I see my childhood version sobbing now—buck-toothed, awkward, too tall—and witness her love for her young teacher, complete in and of itself, and I ask myself if, much like a pet’s for their human, the love we had for our childhood teachers, did not, in fact, invent them.

I am pleased with this line of thought, aphoristic as it is, but it is of no use to me right now. I return to more mundane matters at hand. I have, in the weeks preceding this assignment, spent a lot of time thinking about pedagogic methods, while I worked on a syllabus plan, selected readings that would connect with millennials, often shutting my eyes and inventing 20 young people in front of the phantom ‘new teacher’ version of me. But my own teachers kept interrupting the tableau, sitting in on the imaginary classes.

I keep seeing them. Dipanjan Rai Chaudhuri, who taught physics in Presidency College—a subject that I, an English major, had not even the most tenuous link with. But I spent countless afternoons riveted in his office, as he recounted tales of the ’70s when he was a firebrand Naxal (I never could be truly radical like him). Later, in JNU, Prof. Kapil Kapoor, the ideological opposite of DRC, introduced the radical strain of Sanskrit into my ordered English literature world, which then altered the DNA of my academic life forever (I never could give the hours to Sanskrit that I should have). My PhD supervisor, H. S. Shivaprakash, would cook for us while he taught a small seminar–class at home and that was when I learnt to eat his excellent ragi mudde with sambar (I never did learn how practice and theory are so effortlessly linked as he made it seem in his life).

Yet, while their influence on me is overt, quasi-parental, something that I have digested as much as I have rejected, I wonder why this morning’s ride through the liminal space of the city has unleashed this particular childhood memory in lieu of the answers I have been seeking. And then, arriving at the gates of the college, I try to remember New Miss’s face and fail. But the wisp of her memory is redolent with the answer. In my new classroom, we shall confront ideas and ideologies of course. But perhaps, we must begin with kindness. 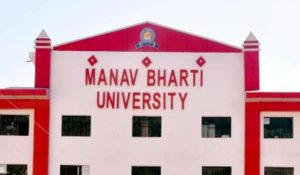