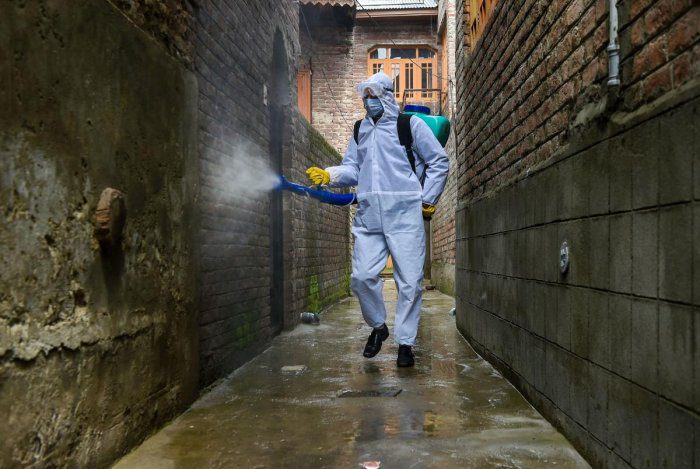 The COVID-19 epidemic is breaking the financial backbone of most state governments, which are facing increasing expenses and loss of revenue. The central government has not allocated any money apart from the budget amount to the states and neither has allowed them to borrow.

The states’ struggle against the epidemic has been complicated by the Center’s delay in making GST payments. In 2017, when the GST Act was enacted for five years, the cess was set up to help the states for any loss in revenue due to the implementation of GST. While the governments of seven states have threatened to move SC against centre if it doesn’t pay up Rs. 30,000 crore GST dues, the dues are being paid in small installments, which are not helping the state governments.  While today, the news are hitting the headlines of media outlets, that centre has paid an amount of 14,100 Cr as pending dues, the media is failing to admit that it was part of the dues as back as October and November of 2019, while the GST cess from December 2019 to March 2020 are still pending.

Experts are believing that even when the lockdown is lifted, the revenue generated for first 90 days will be mere 20% of what they used to generate previously. With the implementation of lockdown, the wine shops are closed, vehicles are not selling and nothing is happening in realty sector.

No one can imagine, how the small scale industries will be able to bear the pain of this lockdown, how they might have been paying their employees and how they have been able to bear with their fixed costing. Also, the states which are completely dependent on tourism for their income are going to face huge crisis.

The state governments have no option left with them, but to keep all the development projects on hold and shift the fund towards health infrastructure. A state can’t be just dependent on the health budget to fight against the pandemic.

If the state governments reduce their expenditure, it will have cascading effect on the economy of the country. At this juncture, the need of the hour is that central government must help the states in such crucial time. Centre must disburse GST funds timely to the state governments The law is very clear. When states require funds, the Center may allow states to borrow additional or borrow money themselves and make it available to the GST Cess Fund. Former Union Finance Minister Arun Jaitley had promised this.

Central revenue is decreasing and hence transfer from the center is also decreasing. Therefore, they should give power to states to borrow more. They should allow one per cent more on GSDP (Gross State Domestic Product), expanding the existing three per cent limit of fiscal deficit, which is being done in many other countries of the world.

The GST Council was to meet soon after the Parliament session ended on 23 March to discuss GST compensation. Of course, now this can only happen through videoconferencing, meetings cannot happen together. But no announcement has come from central government side.