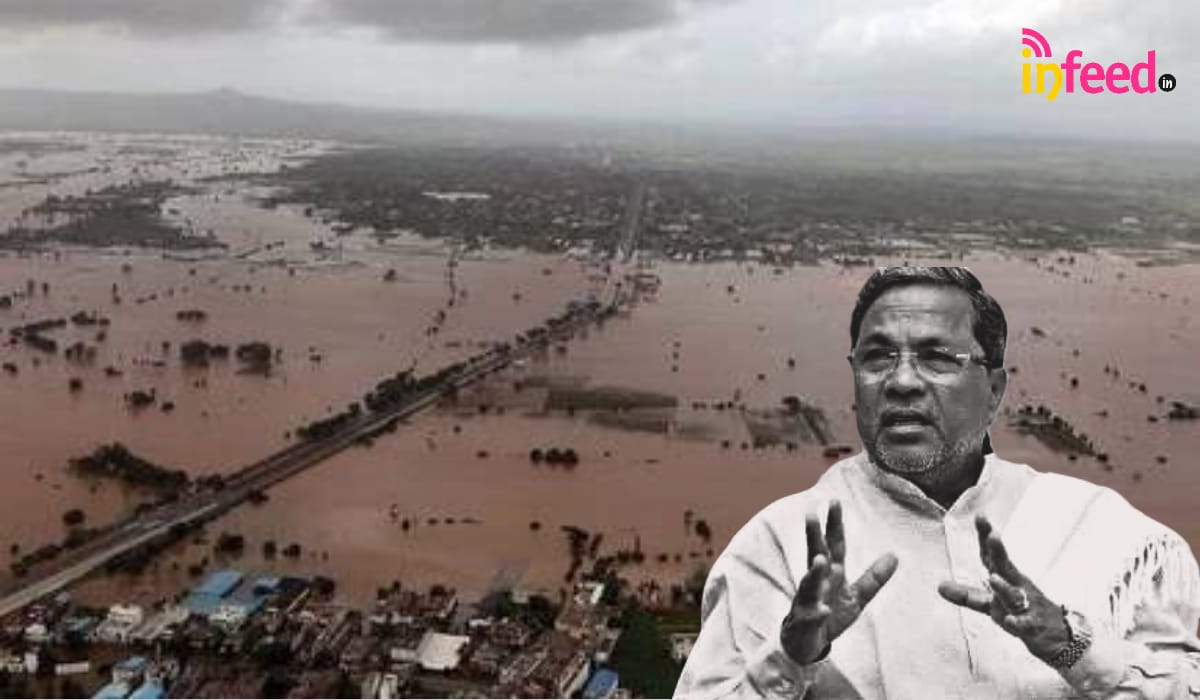 Former Chief Minister of Karnataka and senior Congress leader Siddaramaiah has demanded convening a special session to discuss over the flood situation in Karnataka, which has been hit thrice by deluge in the last three months.

The leader of the opposition has made a series of tweets claiming it to be a triple whammy for the people of Karnataka who are facing rain, Corona pandemic and a corrupt BJP led government in the state.

As per the former CM, the farmers are in a miserable situation who have lost their homes and cattle in the flood. He has claimed that Approximately 6.5 lakh acres of crops have been damaged and more than 1,700 houses have been destroyed, he claimed.

“The chief minister of Karnataka should immediately convene an assembly session to discuss the same,” Siddaramaiah said in his tweet.

According to him, the assembly would be an appropriate forum to discuss over the issue.

Accusing the state and the central governments of not giving compensation to the flood-affected people, Siddaramaiah said the farmers cannot get their due share if the Centre’s guidelines were followed.