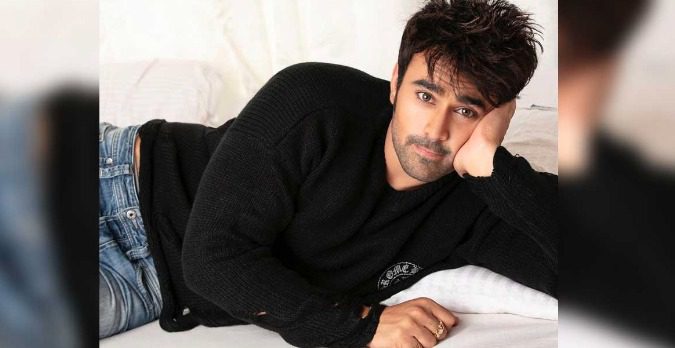 The 31-year-old actor Pearl V Puri was arrest by Waliv Police under POSCO for molestation and rape case of a child. Anil Donde, the father of 5 years old victim, filed the case in 2019, alleging that Pearl Puri molested her daughter in 2019 on the sets of Bepanah Pyar.

Actress Divya Kumar Khosla took to Twitter to reveal the ugly truth about the alleged rape case. She stated that “Ekta Sharma an actress by profession & her husband Anil Donde are undergoing custody battle for their daughter (victim). For the last two years the daughter has been living with Anil coz he has put the charge on Ekta claiming that since she is an actress & she took her daughter on sets where the lead actor molested her.” She further said that when FIR was filed in 2019 there was no mention of the accused Pearl Puri

Balaji Telefilms producer Ekta Kapoor has posted on social media stating that she has spoken to the girl’s family and he is innocent. She added “Will I support a child molester.. or a molester of any kind? But what I witnessed from last night to now, was the absolute low in human depravity. How can humanity go to this level? How can people who are upset with each other, drag a third person into their own fight? How can a human being take on another human being and do this? After various calls with the child’s/girl’s mother, who openly said that Pearl was not involved and it’s her husband trying to create stories to keep her child and prove that a working mother on a set cannot take care of her kid.”

Replying to Ekta Kappor’s claim DCP Sanjay Kumar Patil, Mira Bhayander Vasai Virar (MBVV) Commissionerate said, ‘The victim narrated the incident which happened in 2019 on the sets of a TV show. During the investigation, she took the name of the character, the accused was playing in the show. The allegations are not false, there is evidence, so Pearl was arrested. We are investigating further and the truth will come out in the court trial. He futher added that “Pearl was shooting in October 2019. The victim & her mother were on the set of the film. The minor’s mother learned about the incident after the child complained of abdomen pain. The actor is booked under Sections 376 AB (Punishment for rape on woman under 12 years of age) of the Indian Penal Code, and Sections 4, 8, 12, 19, and 21 under the Protection of Children from Sexual Offences (POCSO) Act, 2012

Nia Sharma twitter “Dear privileged Girls and Women, Do not make the heinous allegations of rape and molestation so frivolous and casual that it ceases to hold any value for posterity. “

The child’s mother Ekta Sharma posted on Instagram that her silence should not be taken as her weakness. She has faith in the judiciary and believes that truth will prevail.