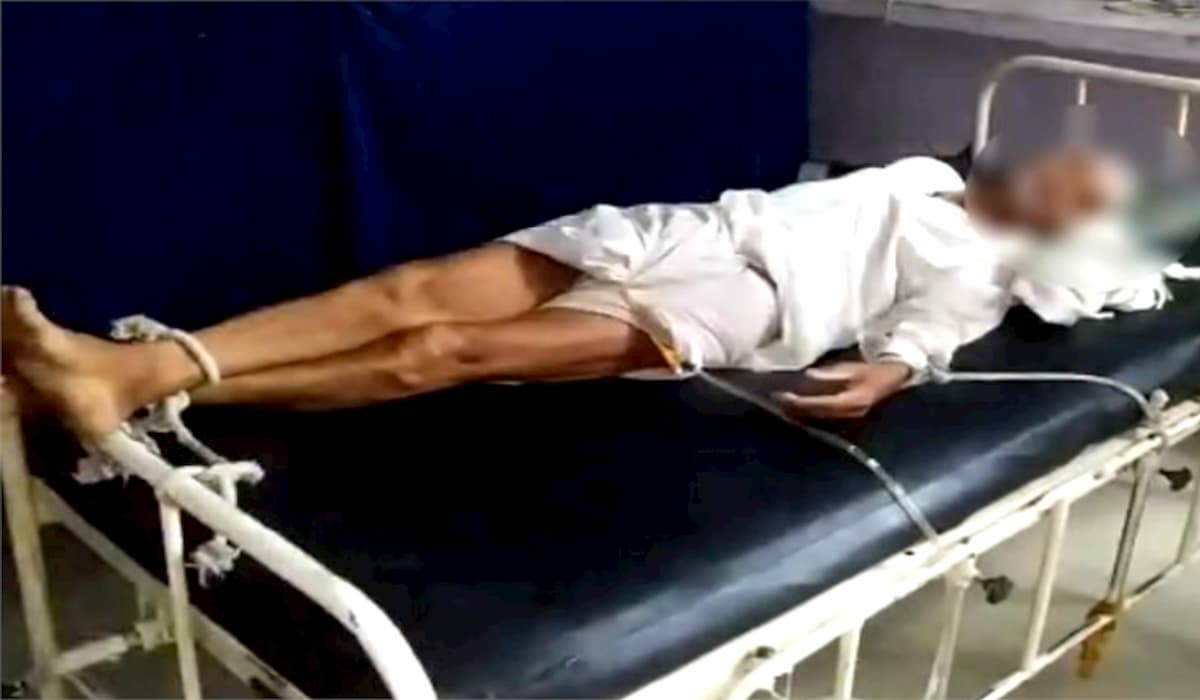 Bhopal | In a private hospital in Shajapur, there has been a case of taking a patient as hostage, for not paying the bill of treatment.

Laxminarayan Dangi, a resident of Ranara village in Rajgarh district, was admitted to a private hospital in Shajapur due to stomach problems. On Saturday, the family wanted to take them home, but the hospital management stopped them for not paying the bill. The patient’s daughter Seema Dangi alleged that she did not have enough money, so was taking the patient home. The hospital staff intercepted them and tied their arms and legs to their father’s bed. They stayed in this condition for two days.

The daughter of the patient said that the day her father was admitted to the hospital, she deposited Rs. 6000 as admission charges. Two days ago, she had deposited another 5000 rupees. Due to the lack of money, when the family members asked to discharge the patient, they were asked to deposit Rs. 11,270 more by the hospital, failing which the hospital management tied the patient to the bed.

Hospital owner Dr Varun Bajaj says that the elderly has encephalitis. He was also having tremors. There is a risk of needle breakage after applying the bottle by splashing it. He was therefore tied with rope. This is done to control such patients. There was no issue of depositing the outstanding bills.