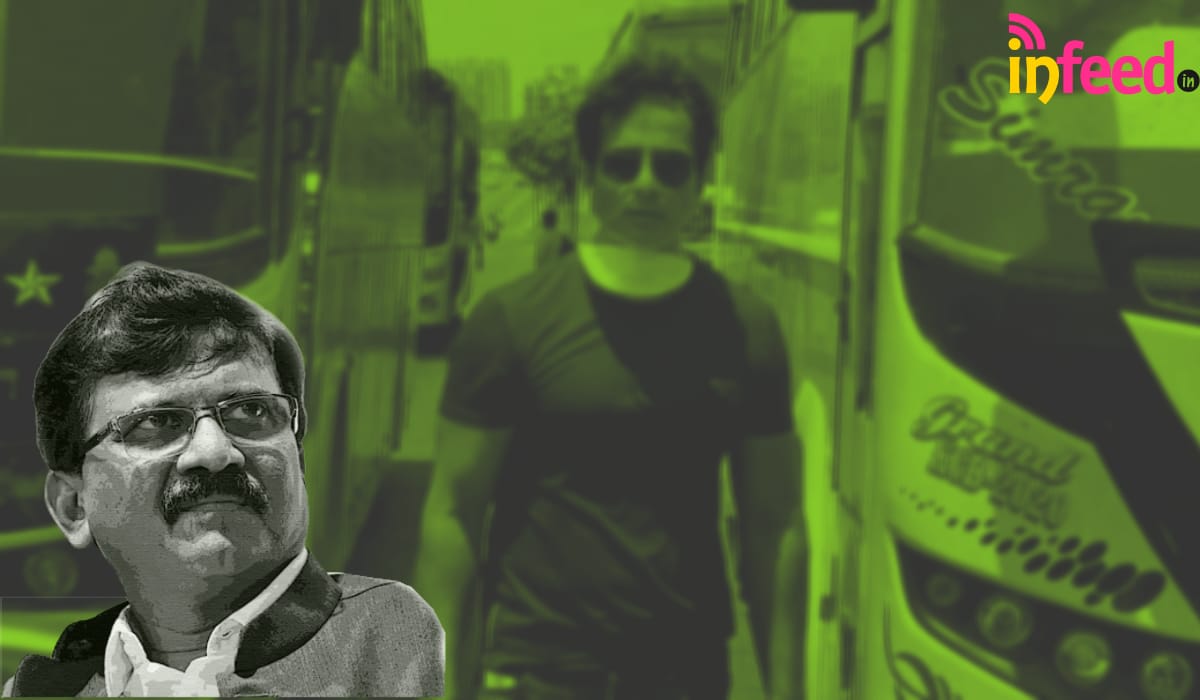 Actor Sonu Sood on Sunday met Maharashtra Chief Minister Uddhav Thackeray at his residence Matoshree, after being criticized by Shiv Sena MP and executive editor of ‘Saamana’, Sanjay Raut, for taking all credit of helping migrant workers. Raut on Sunday took on Sonu Sood saying that Sood’s efforts helping the migrants shows the Maharashtra Goverment’s inabilities. Sanjay Raut in the ‘RokhThok’ column of Sena mouthpiece ‘Saamana’ questioned the unexpected rise of “Mahatma” Sood and his political support by a hidden political party.

He said,”no wise man would believe that Sonu Sood developed sympathy for laborers all of a sudden, and works hard to send them back to their homes.” Raut strongly defended the state saying, “No other state could have treated migrant workers the way they have been taken care of by the Maharashtra government.”

Meanwhile, Sonu travelled to Matoshree to meet the Thackerays. Aditya Thackeray posted a picture on twitter saying, “This evening Sonu Sood met up with CMO Maharashtra Uddhav Thackeray ji along with Minister Aslam Shaikh MLA and me. Better Together, Stronger Together to assist as many people through as many people. Good to have met a good soul to work for the people together.” He also addressed and clarified that there were no ‘misunderstandings’ now, adding that everyone was committed to helping people.

Sonu replied, “Was a pleasure. Thank you for all the support offered to help my migrant brothers reunite with their families.” Responding to Aaditya’s tweet about ‘misunderstandings’, he wrote, “Humanity is above all.” He also pleaded, “Would request people to send requests only which are genuine. Have observed people tweet and later delete their requests which proves their are many fakes. This hampers our operation and will affect the real needy. So kindly think about the ones who need us.”

NCP leader and Home Minister Anil Deshmukh said “Actor Sonu Sood has done good work by sending a lot of migrant workers to their homes. I did not hear what Sanjay Raut Sahab has said. We will appreciate whoever takes such good initiatives, be it Sonu Sood or anyone else.” Actor got praised by many people nationwide for helping workers with free transportation, so that migrants could reach there native places during the nationwide lockdown.