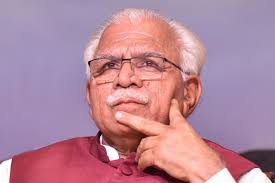 Information sought under the Right to Information (RTI) has revealed that the Haryana Government does not have citizenship documents of  Chief Minister Manohar Lal Khattar, several cabinet ministers of the state government and Governor Satyadev Narayan Arya.

On 20 January,  activist P.P. Kapoor filed an RTI to get information in this regard. The reply he received in this RTI was quite surprising.

In Kapoor’s RTI, Haryana’s Public Information Officer Poonam Rathi said that there is no information in this regard in his record. He said, “Documents related to citizenship of honorable people can be with the Election Commission.” Remember that during the assembly elections in September last year, Chief Minister Manohar Lal Khattar had promised that he will implement the National Register of Citizens (NRC) in the state to expel illegal migrants from Haryana.