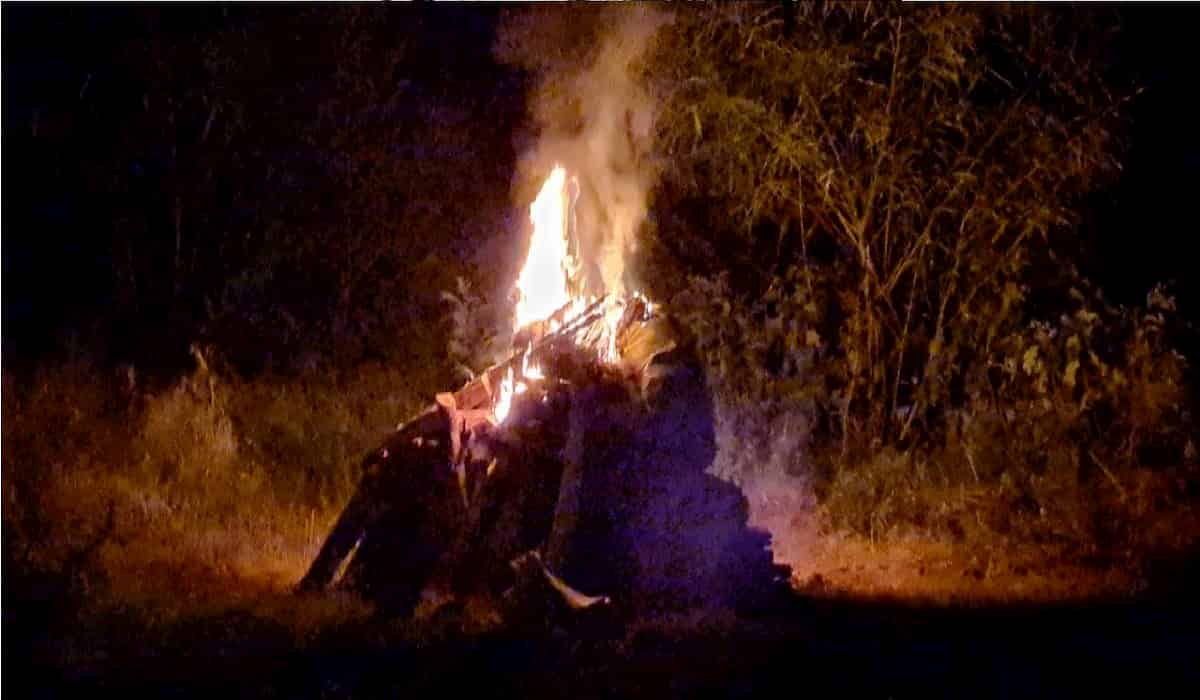 Hathras raped incident left the majority of us in shock. The victim had raped, sodomized by four upper-caste men who also cut her tongue. The victim was a 19-year-old Dalit woman. This makes her chances of getting justice bleak further, being a most downtrodden member of society being Dalit and a woman. The victim’s other disadvantage was that she belonged to a place that is not a priority for the media, unlike Delhi, Mumbai Hyderabad. However, the most disturbing element of this whole incident was how her last rites performed. As per the reports, her body had not handed over to the family for antyesti. The local administration merely performed their duty.

Antyesti means the last sacrifice of the Hindus. The ancient Hindu text provided a detailed description of how the rituals should be done at the time of cremation. Performing these rituals shall be administered with complete dignity and respect as it is a final bid for the departed soul. It is a matter of fundamental right guaranteed under Article 21 of the Constitution of India.

The court in Ashray Adhikar Vs. Union of India 2002 while dealing with the issue state’s responsibility  in burial the bodies of the homeless people further stressed upon:“ to have a decent burial, as per their religious belief and the corresponding obligation of the State towards such people”

The Supreme Court in Common Cause Vs. Union of India 2018 dealt with whether the Right to live also includes the Right to Die with Dignity. Deciding in affirmative the Justice DY Chandrachud, in his concurring judgment, held that the facet of Right to life with Dignity also extends to death in the following words

Dignity is the core value of life and personal liberty which infuses every stage of human existence. Dignity in the process of dying as well as dignity in death reflects a long yearning through the ages that the passage away from life should be bereft of suffering. These individual yearnings are enhanced by the experiences of sharing, observing and feeling with others: the loss of a parent, spouse, friend or an acquaintance to the cycle of life. Dignity in death has a sense of realism that permeates the right to life. It has a basic connect with the autonomy of the individual and the right to self-determination. Loss of control over the body and the mind are portents of the deprivation of liberty. As the end of life approaches, a loss of control over human faculties denudes life of its meaning. ……..Corresponding to the right (Right to Die) is a legitimate expectation that the state must protect it and provide a just legal order in which the right is not denied. In matters as fundamental as death and the process of dying, each individual is entitled to a reasonable expectation of the protection of his or her autonomy by a legal order founded on the rule of law. A constitutional expectation of providing dignity in death is protected by Article 21 and is enforceable against the state

Most recently, the Calcutta High Court in the Vineet Ruia Vs State of West Bengal  2020 SCC OnLine Cal 1664 held on the similar lines that

18. We are of the view that the right to live a dignified life extends up to the point of death including the dignified procedure of death. We are inclined to interpret the phrase ‘dignified procedure of death’ in an expansive manner so as to include dignified disposal of the human remains of a deceased. We unhesitatingly hold that the mortal remains of a deceased person must be treated with care, respect, and dignity and have to be disposed of by burial or burning, according to the religion, in so far as the same is ascertainable, that the deceased person practiced.

However, Supreme Court judgments, scholarly articles, and academic discussions become fancy exercises that practically have no meaning or binding principles in places outside India’s major cities. In the 21st Century, where the intellectual class concentrates on making digital India, there are places like Hathras where state machinery works on its own whims and fancies and law have no meaning. And we as an ordinary individual can only ashamed of ourselves as a member of a degrading society.

(Rohit Kumar is a Delhi based lawyer, he works with a major Internet Technology company in Gurgaon)