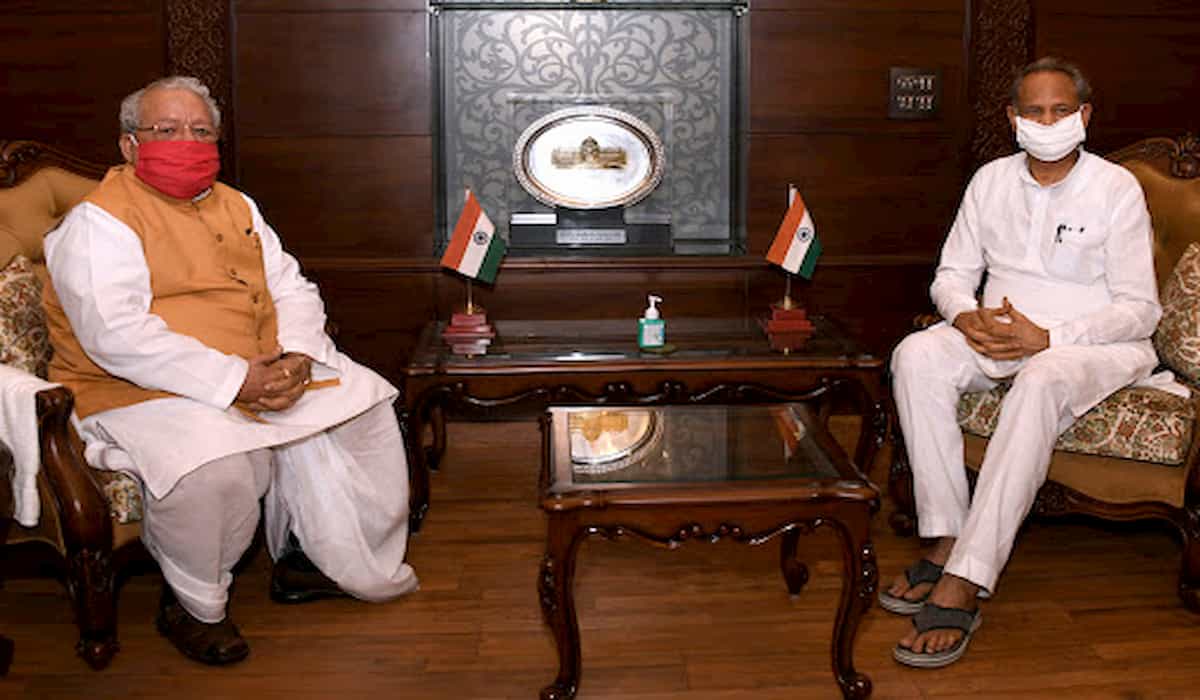 The Rajasthan BJP wrote in a memorandum to the Governor that the manner in which the Chief Minister on July 24, while motivating the people of his party, threatened to surround the Raj Bhavan and in that case the inability of the state government to provide security to the Raj Bhavan, was a violation of Section 124 of the IPC.

Rajasthan BJP president Satish Poonia said, “We have given a memorandum to the governor today, in which we have requested that it is necessary to consider how the situation of Corona came under control in the state. There have been more than 35 thousand cases. At least in this way Rajasthan cannot be left to God.

After meeting the governor, BJP state president Satish Punia said, “The warning given by the state chief minister and home minister that ’80 million people will surround the Raj Bhavan’ is a violation of section 124 of the IPC.”

Congress leader Randeep Surjewala blamed the BJP for the political situation in Rajasthan. Surjewala tweeted that the people’s elected government is sitting on a dharna, the BJP is happy to kill the people, democracy is in shackles and the country is in danger.

In a meeting of the Congress party’s legislative party, Chief Minister Ashok Gehlot said, “If need be, we will go to meet the President and also protest outside the PM’s residence.”