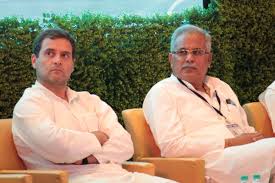 Chattisgarh Chief Minister Bhupesh Baghel  has targeted the central government over the rising outbreak of Coronavirus. He said that those who came from abroad were not investigated and separated, which led to increase in the number of cases in the country. If this could have been done, the virus would not have spread in the country.

Chief Minister Bhupesh Baghel has warned that symptoms appear too late in many patients of Kovid-19 and that is why rapid testing is needed to stop the virus.

When asked about the reason for low number of cases in the state, he replied that Chattisgarh has started preparing well in advance when Congress leader Rahul Gandhi took up the issue.

Chattisgarh had lockdown in many places including schools, shopping malls and Anganwadis from March 13 itself. Also, the testing started on 15 March and the first positive case came on 18 March, after which section-144 was implemented. Not only this, more than 76,000 people in the state have been kept in quarantine as a precaution.

A total of 76,000 people in the state have been kept in exile as a precaution. He said that the lockdown should be implemented only after consulting the states.

Regarding the removal of the inter-state travel ban, the Chief Minister of Chhattisgarh said that he has written a letter to the Prime Minister, which can be discussed on April 11.

As of now, Chattisgarh has only 9 active cases of Corona