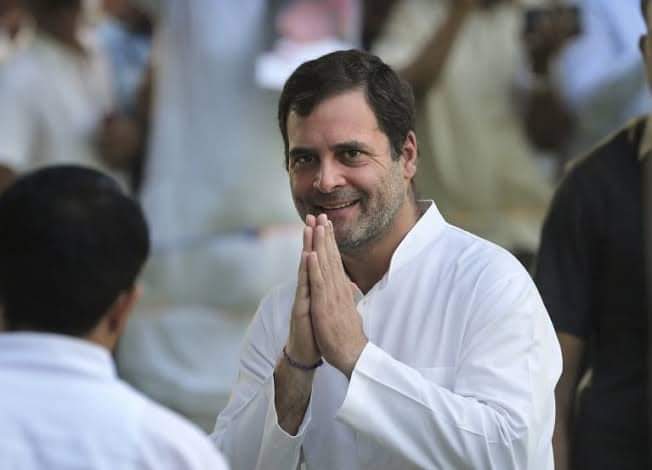 He is Rahul Gandhi, 4 times Member of Parliament, former Congress president and vice president. He was first elected to Lok Sabha in 2004, the year when Congress+ came into power, he could’ve enjoyed any ministry in that government but he chose the path of struggle and went on to revamp Youth Congress and NSUI organisation. He introduced election process in the Youth Congress and NSUI which allowed entry for those who were capable and not just rich and powerful. Under his dynamic leadership, Youth Congress saw a jump of 25 lakh primary members.

In 2009, he became an MP again, this time he could’ve become the PM but again he chose the path of struggle of revamping Congress organisation in UP and many other states where congress was weak. He always remained at the back seat providing strength to the government and organisation, when the party was strong and in power. He fought for farmers and workers from Bhatta Parsaul to Barmer and Orissa and got the new pro farmers land acquisition act, 2012 passed by the Government of India.

Then came 2014, the bad phase of congress, he took over the control of congress and tried strengthening the party all alone. None of the young and old guard was with him during this phase and he attempted at doing it all alone just on the basis of support of party workers and citizens of this country.

When, Congress party won 3 states in 2018, Rahul Gandhi gave the credit to the local leaders and party workers but when the party performed badly in 2019, he took the responsibility and resigned from the Presidentship. He never asked for any post and respect from the party but instead gave it all to the party. He was mocked, name shamed and ridiculed by the media, opposition and even within the ranks of the same party organisation for which he gave his life.

People in power and the media would want you to believe that he is ‘PAPPU’ but let me tell you that he’s not one. He is a man of integrity and compassion. He may be having his bad times but let’s stand up with him for the good of this very country and the future generations.