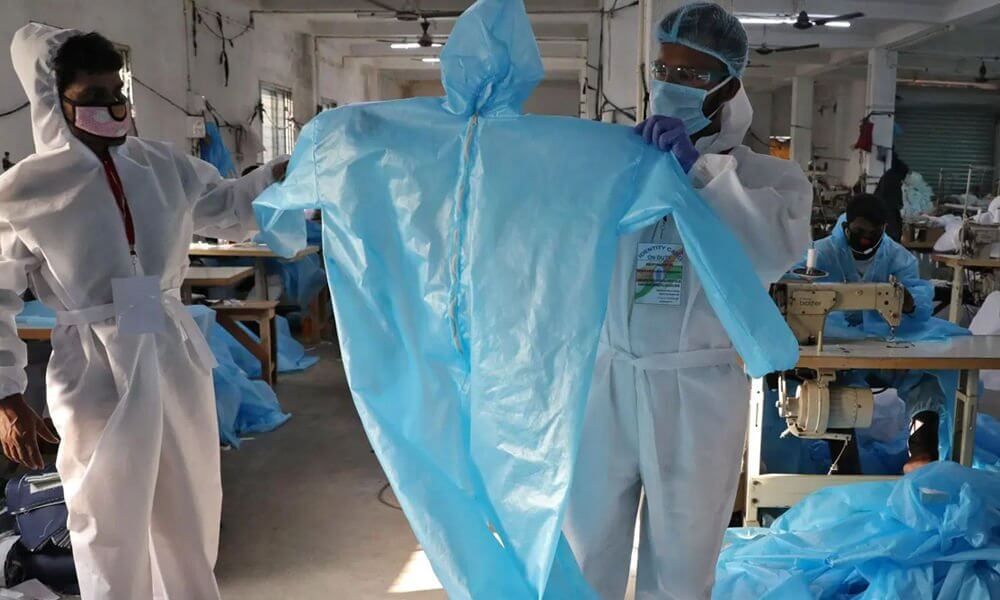 Congress-led Punjab has turned Corona pandemic as an opportunity. Ludhiana’s apparel industry has taken up the challenge to fulfil the stretched demand of PPE kits across the country. Currently, Punjab is manufacturing 2 lakh PPE kits daily which is 44% of total daily national PPE kit production.

Ludhiana’s apparel industry made the change in their units to create capacity for manufacturing the much needed protective gear worn by health and sanitation professionals to reduce the exposure to the corona infection.

There are 58 PPE kit manufacturing units are currently operating in Punjab out of which 54 are based at Ludhiana textile hub. These units have obtained certification from South India Textiles Research Association (SITARA) or Defence Research and Development Organisation (DRDO).

These manufactures have orders of lakhs of kits daily but their production capacity is much more than the demand in India. Seeking this opportunity Punjab Commerce and Industry Minister Sundar Sham Arora has asked Union Minister of Commerce and Industry Piyush Goyal to consider allowing PPE export to other countries.

He has written a letter to Union Minister Piyush Goyal highlighting the remarkable role played by state industry in coming forward and manufacturing PPEs considered most vital in the fight against coronavirus, and are now in a position to export these quality PPE kits to foreign countries on order.

He said 58 PPE kit manufacturers in Punjab have obtained certification from SITRO or DRDO, and are ready to start processing orders for PPEs.

“In view of the capacity of above-mentioned manufacturers to produce PPE suits and quality of the products, I shall be grateful if you kindly consider allowing the export of PPE suits from India,” the Punjab minister wrote to Union minister Piyush Goyal.

When there was a shortage of PPE suits in the country and abroad, Punjab Govt and apparel industry swiftly shifted the business priority and got the due clearance for their samples from the authorised testing agencies. After initial hiccups and improvement in fabric quality, these units got approval from the authorities. This has also helped Punjab as a state to tackle the issue of migrant labours.

Centre has banned the export of PPE as initially there was a shortage in country but as now the PPE kit manufacturing capacity has significantly gone up which is much above the domestic demand, now Punjab Government and apparel industry are seeking central approval for allowing its export, which will help the country to generate international business currently dominated by China, Bangladesh and Vietnam.