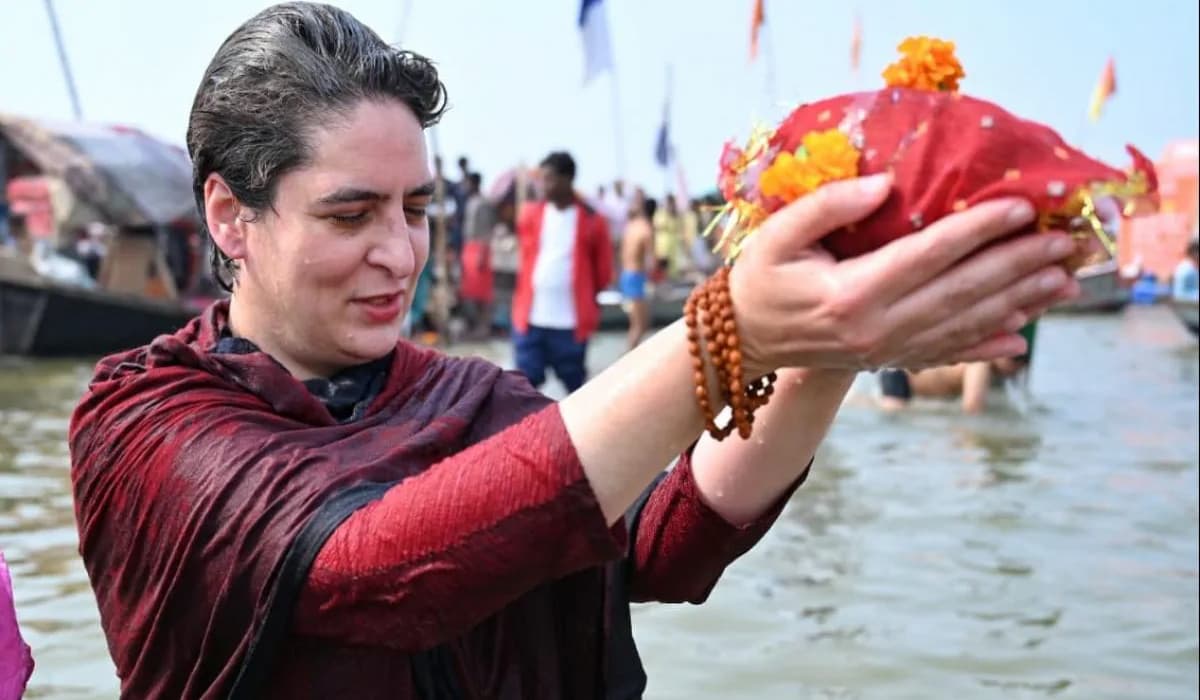 The third major bath of Magh Mela in Prayagraj, on the occasion of Mauni Amavasya, there is a surge of faith on the Sangam Coast. National General Secretary of Congress Priyanka Gandhi Vadra also reached the Sangam on the Mauni Amavasya Snan festival and went across it by boat and took a dip in the Sangam and offered prayers. Priyanka Gandhi Vadra came to the ghat on her own and gave two thousand rupees to the sailor.

She also met a girl from the crowd when the girl called her name and took her to her vehicle along with her.

It is being said that she will meet Shankaracharya Swaroopanand Giriji today and take lunch on the Ghat.

Priyanka Gandhi reached Anand Bhawan at 11:40 am. He was strongly welcomed by the Congress leaders there. He is accompanied by his daughter. Seeing the huge crowd at the gate, the Gate of Anand Bhawan was opened. Workers also entered inside, which were later stopped. On reaching Anand Bhavan, Priyanka remembered her great-grandfather and the first Prime Minister of the country, Pandit Jawaharlal Nehru, by offering flowers at the abyss. After this, she met orphans and talked to him for a long time.