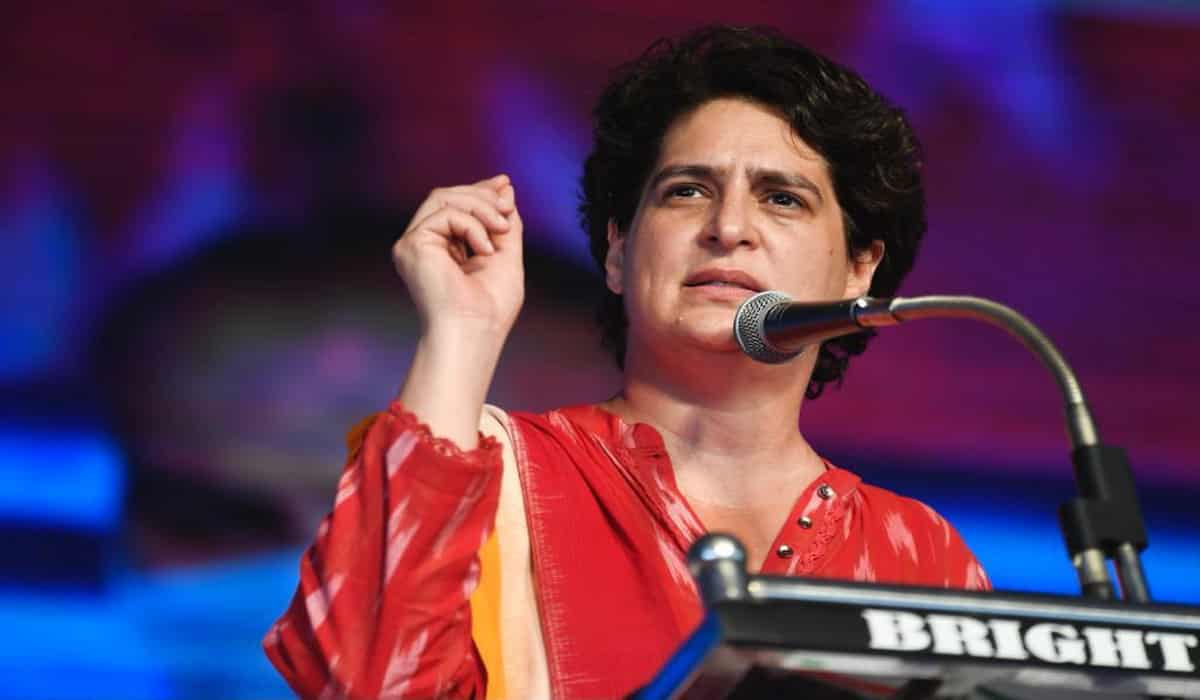 Congress General Secretary Priyanka Gandhi Vadra has cornered the central government through a Facebook post about the rising corona cases in Corona and the lack of oxygen in the states. Priyanka in this post has held the central government responsible for the havoc created in the country due to the oxygen crisis. In this Facebook post, she has also asked many questions to the government.

In this Facebook post, Priyanka Gandhi wrote that due to lack of oxygen in the second wave of Corona virus, there were reports of large number of deaths. So who is responsible for this?

Priyanka Gandhi wrote through this Facebook post that the Corona pandemic has been going on for the last one year. During this time, the Central Government declared victory over Corona, ministers inside the Parliament also praised the Prime Minister for this victory. But despite the warning from the scientists of the country, the danger of the second wave was ignored which was a criminal negligence. While Prime Minister was campaigning, the helpless central government did not even make basic preparations to deal with the second wave.

Priyanka also appreciated Indian scientists in her Facebook post. She wrote that India is the world’s largest oxygen producing country due to the efforts of its scientists, hardworking citizens and previous governments. Today many factories like Bokaro, Bhilai are supplying oxygen in the country. India has the capacity to produce 7500 metric tons of oxygen per day.

Priyanka Gandhi further wrote that this means that we were in a position to supply oxygen to almost all the hospitals and there was a shortage of 1500 metric tons of oxygen per day, which was easily accomplished by reducing oxygen exports or preparing for oxygen imports in advance.Then where did the mistake happen?

Priyanka put her point through some points to decide the responsibility. Priyanka Gandhi also raised the question of increasing oxygen exports in this.

• In the pandemic year i.e. 2020, the Modi government increased the export of oxygen by more than 700%. Most of the supplies went to Bangladesh and the government made no effort to import additional oxygen on time.

• By exemplifying its inefficiency, the Modi government did not make any effort to manage the means of transporting oxygen from oxygen producing centers to hospitals in the country in the event of oxygen crisis.

• Oxygen produced before the epidemic was primarily an industrial use, with the estimated number of specialized cryogenic tankers used in oxygen transport near India estimated at 1200–1600. Between the first wave of Corona and the second wave, the Modi government did not make any effort to prepare the specifics of the contingency plan to increase the number of these tankers or to use the oxygen used in industrial facilities in medical facilities.

• By the end of the first wave, it was known that medical oxygen is necessary in the treatment of Kovid. Nevertheless, it took 8 months for the central government to invite the tenders of 150 plants for oxygen production and even today most of the plants are not in working condition.

• Modi government’s own Empowered Group-6 had warned of a near future oxygen crisis in April 2020 a year ago. The Modi government completely ignored this warning.

The Chief Minister of the states kept telling the Prime Minister about the lack of oxygen, but the Central Government did not accept its mistake and started fighting to reduce the quota of oxygen demand of the State Governments in the Courts. In fact, the Modi government arbitrarily politicized oxygen supply and discriminated against the Chief Ministers of opposition parties.

It is clear that the Modi government’s failure and lack of action plan are the real responsible for the deaths due to lack of oxygen during the second wave.

Priyanka Gandhi also put some questions in front of the central government, which she expected the center to answer.