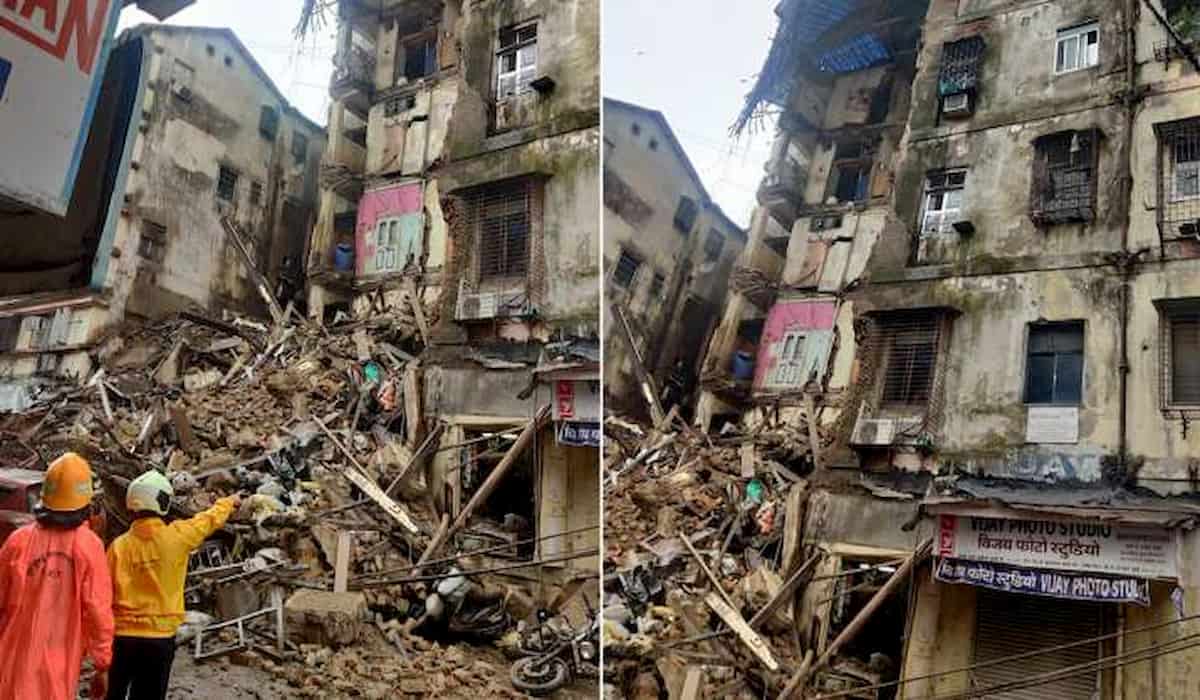 Portion of a 5 storey building collapsed in South Mumbai’s CST. Some people are feared to be buried under the debris. Fire services have been pressed into service for rescue operations.

Meanwhile, a chawl also collapsed in Mumbai’s Malad. One person has been reported dead in the incident that occurred at Abdul Hamid Marg. Four people have been rescued and sent to a hospital. A search and rescue operation is underway. Four fire engines, one rescue van & an ambulance are on the spot.