Police Station Sealed After Arrest of a COVID Positive Person

Police Station Sealed After Arrest of a COVID Positive Person 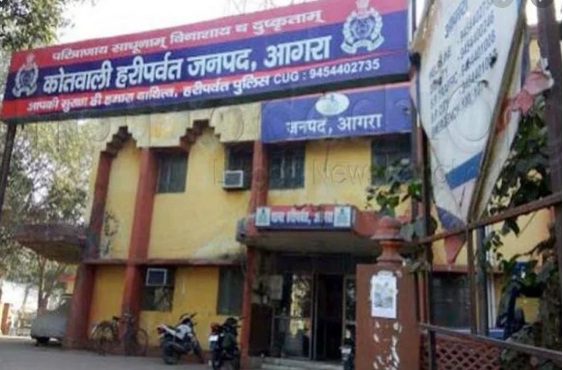 Agra| A young man, caught on suspicion of theft, put the whole police station in trouble. The one caught by the police turned out to be corona infected. In view of the seriousness of the matter, two soldiers and jeep driver were immediately quarantined and 10 others were instructed to quarantine home.

The incident is of Hariparvat police station of the city. According to Inspector Hariparvat Ajay Kaushal, a businessman from Shah Market checked the CCTV footage in his mobile and reported two suspicious youths to the police. On information, the driver of the police station and two soldiers brought a young man from there to the police station by sitting in a jeep. Policemen were horrified when the young man was described as a resident of Wazirpur. He was moderately read and later left with instructions to come.

When this information was received by the SHO, the accused was called again. He was subjected to corona examination as he belonged to the hot spot area. During investigation, he turned positive. The jeep driver and two soldiers who brought him were immediately quarantined. Since the movement of soldiers was inside the police station, 10 others have been given instructions for home quarantine at present.

Inspector said that policemen’s vehicles are being sanitized twice a day. Trains go to hot spots. Therefore, this caution is being taken. Jeep and police station were first sanitized on the same day. So far, 15 Corona positives have been found from the Wazirpura hotspot area, so the police is taking special precautions.