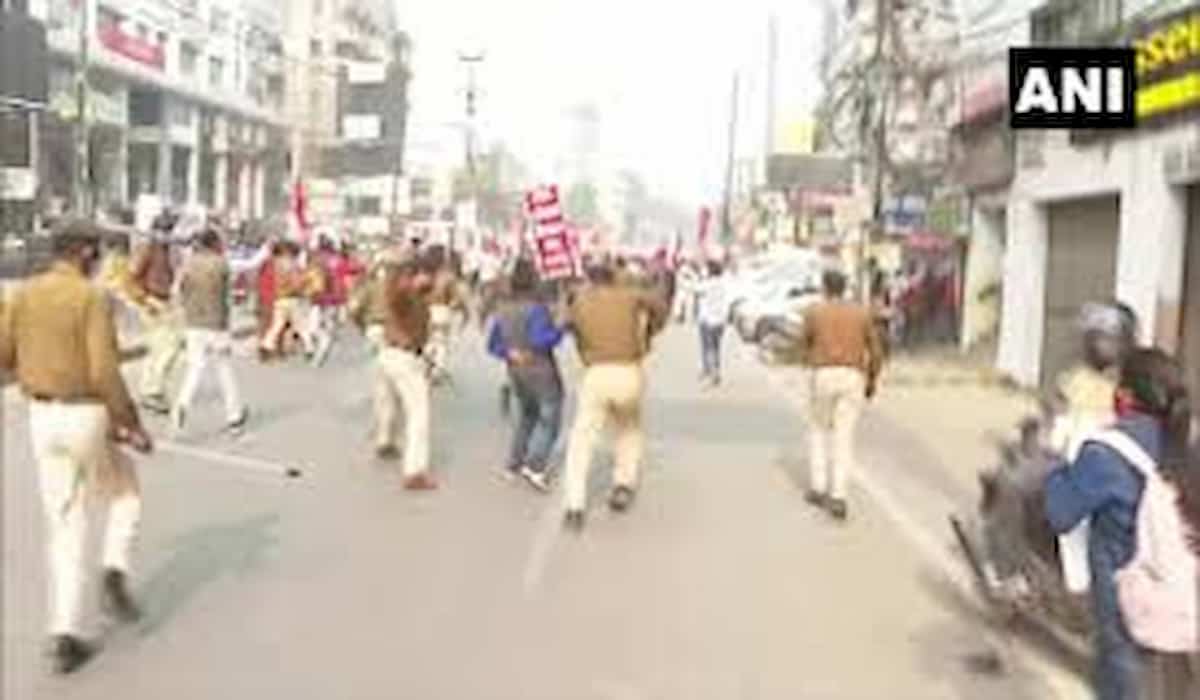 The police lathi-charged the farmers going to Raj Bhavan in Bihar’s capital Patna in support of farmers agitating against the agricultural law. Earlier, on the call of the All India Kisan Sangharsh Samanvaya Samiti and Left parties in Patna, the farmers march was being carried out from Gandhi Maidan to Raj Bhavan, which had a clash between the police and the protesters at the Dak Bungalow intersection after which the police lathi charged the protesters.

After the police lathi-charged, a stampede broke out at Dakbangla intersection. The police also ran and beaten the fleeing peasants to escape the sticks. In this stampede many women farmers fell on the streets and got injured who were sent to PMCH for treatment.