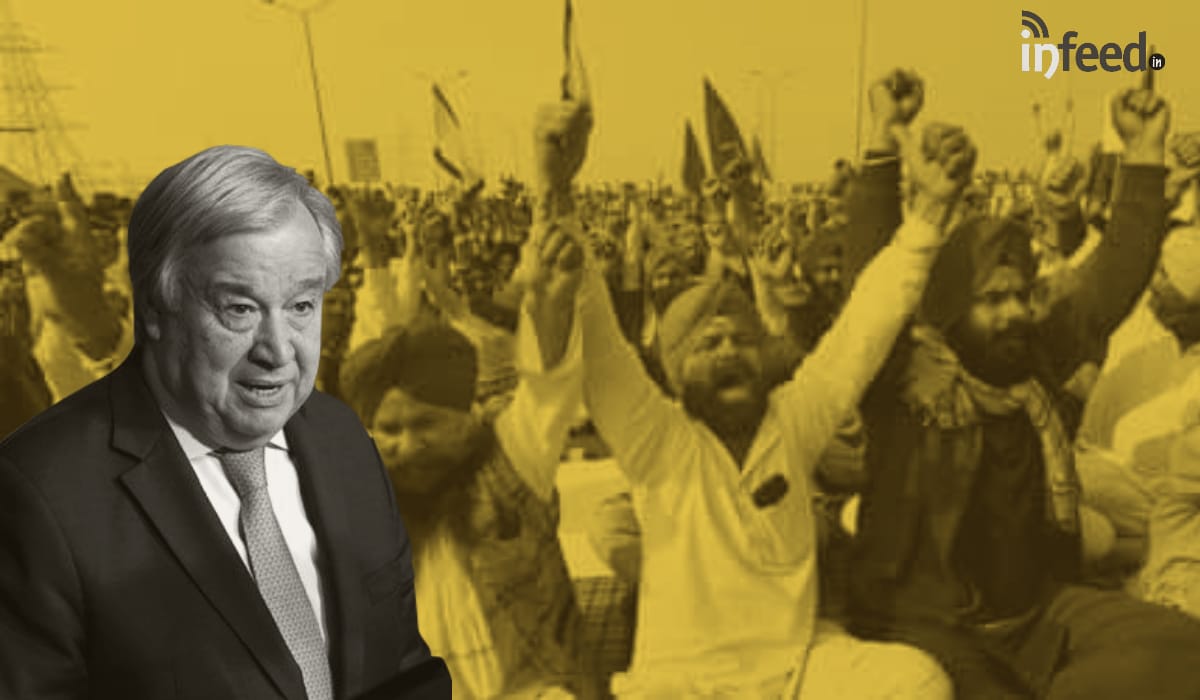 GENEVA | UN Secretary-General Antonia Gutterres has said that people have a right to demonstrate peacefully and authorities should not take away the right of peaceful demonstration from them. He was commenting on farmers’ protests in India.

Earlier, after Canadiam PM’s comment on the farmers’ protest, India had called the remark as “ill-informed” and “unwarranted” accusing him to be interfering in the internal affairs of a democratic country.

As to the question of India, what I would say to you is what I’ve said to others when raising these issues is that people have a right to demonstrate peacefully, and authorities need to let them do so, Stephane Dujarric, Spokesman for the Secretary-General, said on Friday.

Mr Dujarric was responding to a question on the farmers’ protest in India.

Yesterday, Indian Foreign Ministry has made a remark over Canadian PM’s remark and have sent a stern message to Canada via its envoy.