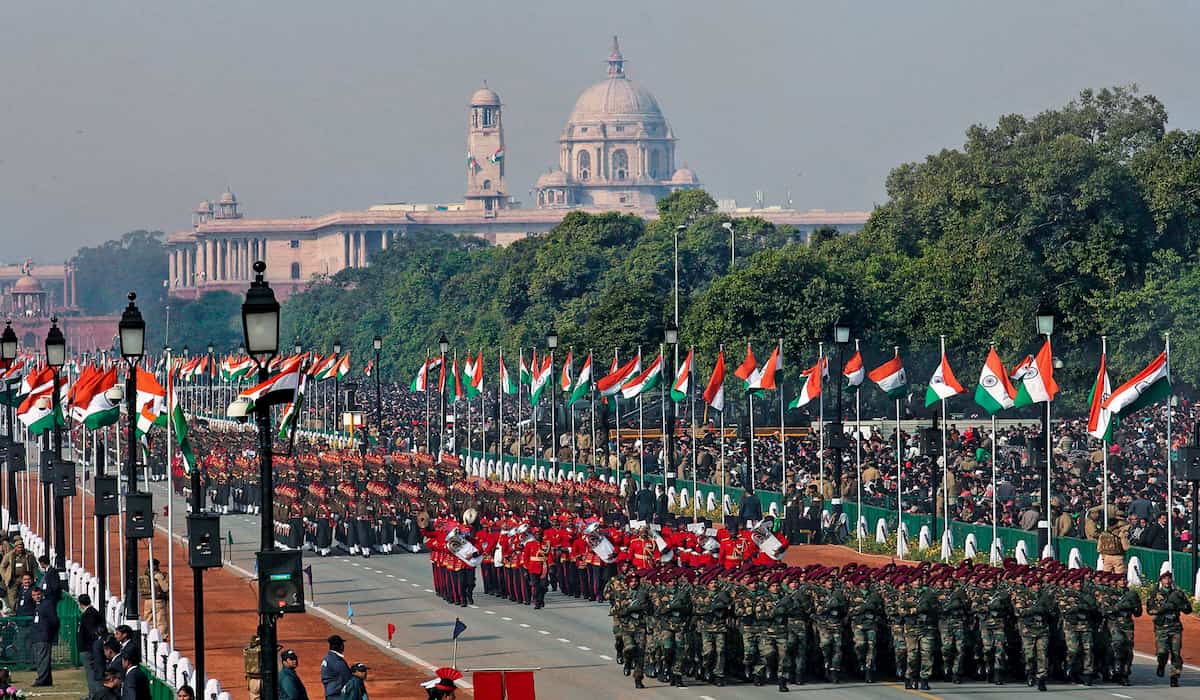 The Republic Day celebrations to be held on Rajpath on January 26 next month will see a lot of changes due to the corona epidemic. This time the number of marching squads involved in the parade will be less than last year.

At the same time, as the distance of the parade is reduced, the number of spectators will also be limited. Only 25 thousand spectators will be able to watch the parade, while this number is usually close to one lakh.

Since November, nearly two thousand soldiers have reached Delhi for Republic Day and Army Day, which have been kept in safe bubble. Safe bubble has been created in the cant area.
Similarly, the size of the troops participating in the parade will also be cut. Usually there are 144 personnel in a contingent, but this time a contingent of 96 members will be allowed.

The distance of the parade will also be reduced. It will start from Vijay Chowk and go to the National Stadium instead of going to the Red Fort.

Boris Johnson to be the Chief Guest of Republic Day

This time the British Prime Minister Boris Johnson will be the chief guest on Republic Day. Children below 15 years will not get admission in the ceremony. In the marching squads, there will be 96 jawans instead of 144. The parade will start from Vijay Chowk and end at the National Stadium instead of Lal Qila.

British Prime Minister Boris Johnson had expressed his desire to visit India earlier and has praised Indian culture many times. When Johnson was coronated, Prime Minister Modi had known about his movements over the phone.