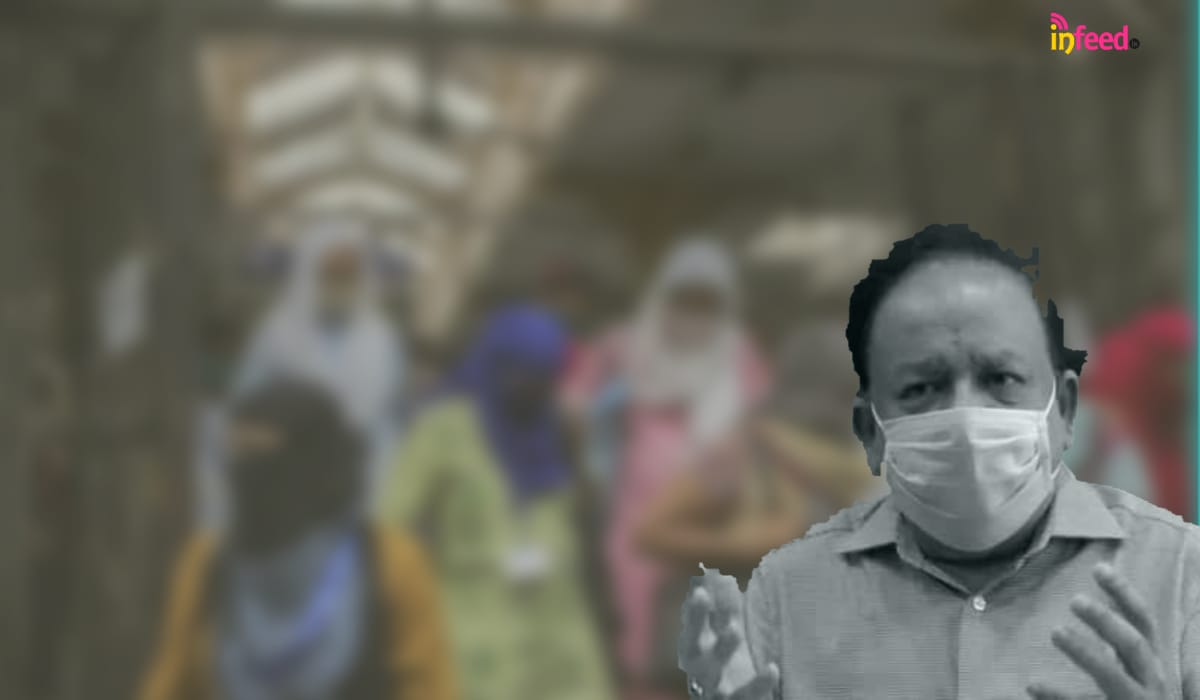 India is in the list of topmost affected countries due to coronavirus. India is at number 3 worldwide with 7.2 million cases. India has by far the highest growth rate of 22,000 a day at the rate of 3.5% none of the others has averaged more than 7,000 cases a day over the last week.

On July 5, India surpassed Russia as the third worst-hit country by COVID-19 after its case tally crossed 6.9 lakh on Sunday, according to statistics aggregator worldometer, with several states recording their highest single-day spike.

Yet, the government, once again sticks to its claim that India has not reached the stage of community transmission in the country. Minister of Health, Harsh Vardhan, has yet again repeated the same stand of the government with corona the records almost daily of the spike in number of cases.

What is community transmission ?

Community trnasmission is the third stage of the pandemic, according to WHO.

Community transmission is a stage when you are not able to track down the source of infection of a positive case despite through contact tracing. It is presumed that the virus is, in general, being transferred in the community.

Stages of the virus declared by the WHO

Stage 1 : In the first stage, the virus doesn’t spread locally and the positive cases usually have a travel history to a country affected by the infection.

Stage 2: when a person, who has traveled from an affected country, transmits the virus to the people. He/she came in contact with. During this stage, it is easy to do contact tracing and find the source of the positive case. The transmission is usually local.

Stage 3: this stage is called community transmission where you are not able to find the source of the virus. The positive cases generally do not have a travel history in this stage.

Stage 4: in this last stage of the COVID-19, there is a widespread outbreak of the virus as the cases begin to multiply rapidly. The disease becomes endemic in this stage. Controlling the infection becomes very difficult.

Although there have been cases in India that have not been traced to a source, the Government of India has been steadfast in its denial of community transmission over the last four months.

However, various states have accepted that community transmission may be happening, the latest being Karnataka Law Minister J.C. Madhuswamy, who expressed worry that there may be community spread of the SARS-CoV-2 virus.

In Delhi, health minister Satyendra Jain has said that the source of infection is not known in as many as 50% of the cases. But, the ICMR continues to hold that there is no community spread.

Experts and doctors questioned ICMR. Emphasising that community transmission was on in many parts of the country, the experts asked the government to admit it so that people don’t get complacent.

AIIMS former director Dr. MC Mishra said there is no doubt that there has been community transmission in several parts of the country.