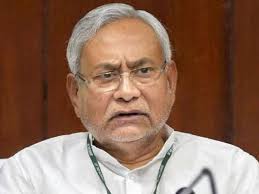 Patna| Nitish Kumar government in Bihar has been under pressure since the time Corona broke out. On one hand, corona warriors are alleging the shortage of PPE kits in the state, while on the other, migrant workers and students have become a big issue.

Bihar’s Principal Health Secretary, in a statement to ANI told on April 5, that there is a shortage of PPE kits in the state. Mangal Pandey said that till March-end, 40958 PPE kits are available in state, Nitish Kumar has earlier said that only 4000 kits were available. The outbreak of pandemic has put a huge pressure on already fragile health infrastructure of the state. Poor planning and low public awareness are exacerbating the challenge. Media reports say that enough beds are not available for COVID-19 patients in Patna Medical college, one of the largest hospital in the state.

Another important aspect of the fight against corona crisis was the failure to plan in the wake of epidemic. The government failed to establish testing centres in the state. Just one testing centre for 122 million people could be set up in the state till end of March.

With increased number of testing in recent times, more and more corona patients are being detected in the state. There had also been news about five cleaners testing positive at Patna Airport.

The lack of employment is another aspect. There had been news about a Bihar labour committing suicide due to lack of work.

There have been news about a migrant woman being raped in isolation ward in a hospital in Gaya which tells us about the sorry state of law and order in the state. Besides this, there had been various news of physical assaults of nurses and pediatricians in isolation wards in Bihar.