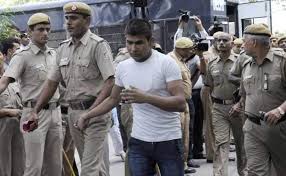 Vinay Sharma, convicted in the Nirbhaya case, has tried a new trick to avoid being hanged. The convict Vinay has pleaded with Delhi’s Lieutenant Governor Anil Baijal to avoid capital punishment.

Vinay Sharma, through his lawyer AP Singh, has asked Lieutenant Governor Anil Baijal to convert his death sentence to life imprisonment. Advocate AP Singh has sought suspension of the death sentence under sections 432 and 433 of the CrPC.

It is worth mentioning that the Patiala House Court of Delhi has issued a death warrant for the fourth time and fixed the date of March 20 to hang the four convicts. All the culprits will be hanged at 5:30 am on March 20.

At the same time, the very next day after the issuance of the death warrant for the fourth time, Mukesh, convicted in the Nirbhaya case, filed a plea in the Supreme Court, seeking permission to file a curative petition (corrective petition) and mercy petition of the President again. The Supreme Court will hear this on 16 March. It is known that the four convicts of Nirbhaya have already used all their legal options.