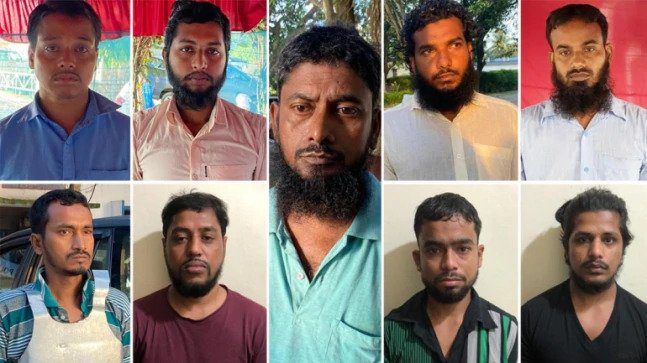 After conducting raids at multiple locations across West Bengal and Kerala, the National Investigation Agency NIA has arrested 9 terrorists suspected to be affiliated to the global terrorist organisation Al-Qaeda.

Simultaneous raids were conducted on early Saturday morning at several locations in Murshidabad of West Bengal and Ernakulam in Kerala.

Subsequently, six were arrested from the Murshidabad district of West Bengal and three from Ernakulam in Kerala.

The group were suspected to be planning to undertake terrorists attacks at vital installations in India. The National Capital Region was specially under the scanner of this group.

The raids have led to the recovery of large number of incriminating evidences including documents, jihadi literature, country made firearms, a locally fabricated body armour and materials related to making of homemade explosive devices.

Preliminary investigation has revealed all of the terrorists are of Indian origin. They were radicalized by Pakistan-based Al-Qaeda terrorists through social media and were motivated to undertake multiple terror attacks with the intention to kill innocent people, the NIA disclosed.