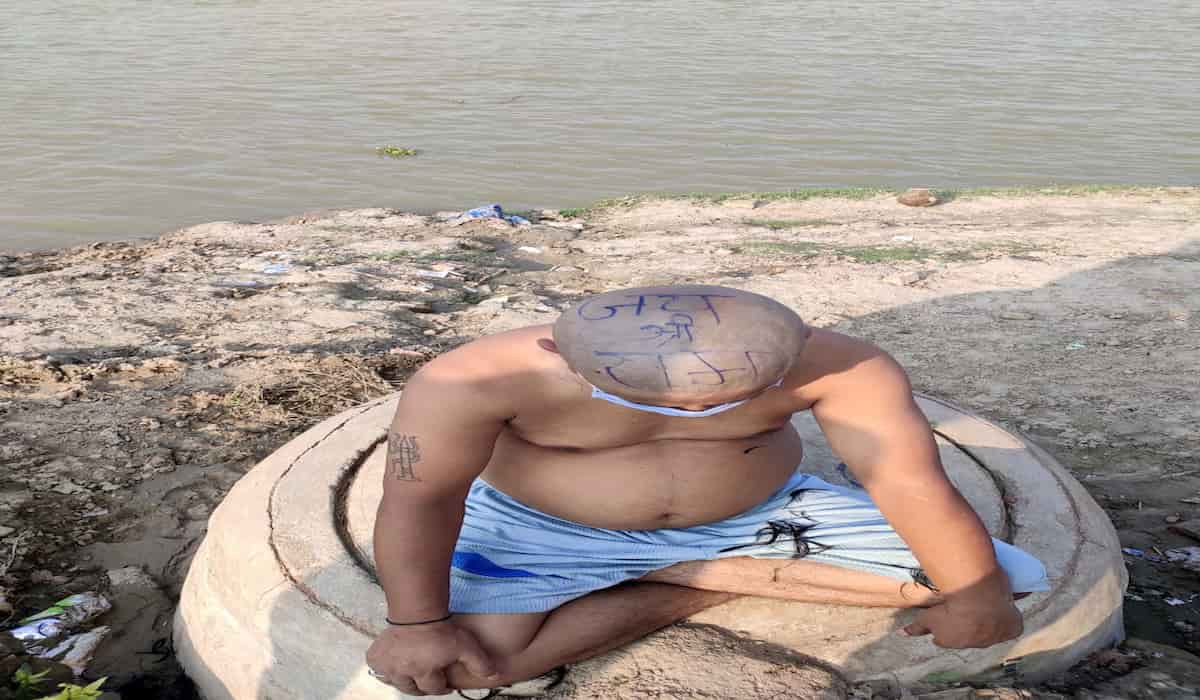 There is also a lot of discussion in Kashi about the statement of Nepal Prime Minister KP Sharma Oli on Lord Shri Ram and Ayodhya. In the midst of these discussions, some people are also doing inappropriate actions. On Thursday, activists of the Vishwa Hindu Sena got the head of an innocent Nepali youth on the banks of the Ganges shaving it and wrote it to Jai Shri Ram. The young man shouted slogans of Jai Shri Ram and raised slogans against Oli.

The police have registered a case in the case. Enlightened people of the city have also condemned this act.

Photos and videos of the incident are viral on social media. The workers of the organization have said that if the Nepali PM did not apologize on his statement, it will be done in future. Warning posters have also been placed in the ghats, temples and areas of the city where the people of Nepal live.

The national president of the organization, Arun Pathak, says that Oli’s statement is childish and condemnable. They know where Ayodhya is, but they have become puppets dancing at the behest of China and doing hateful acts against India.