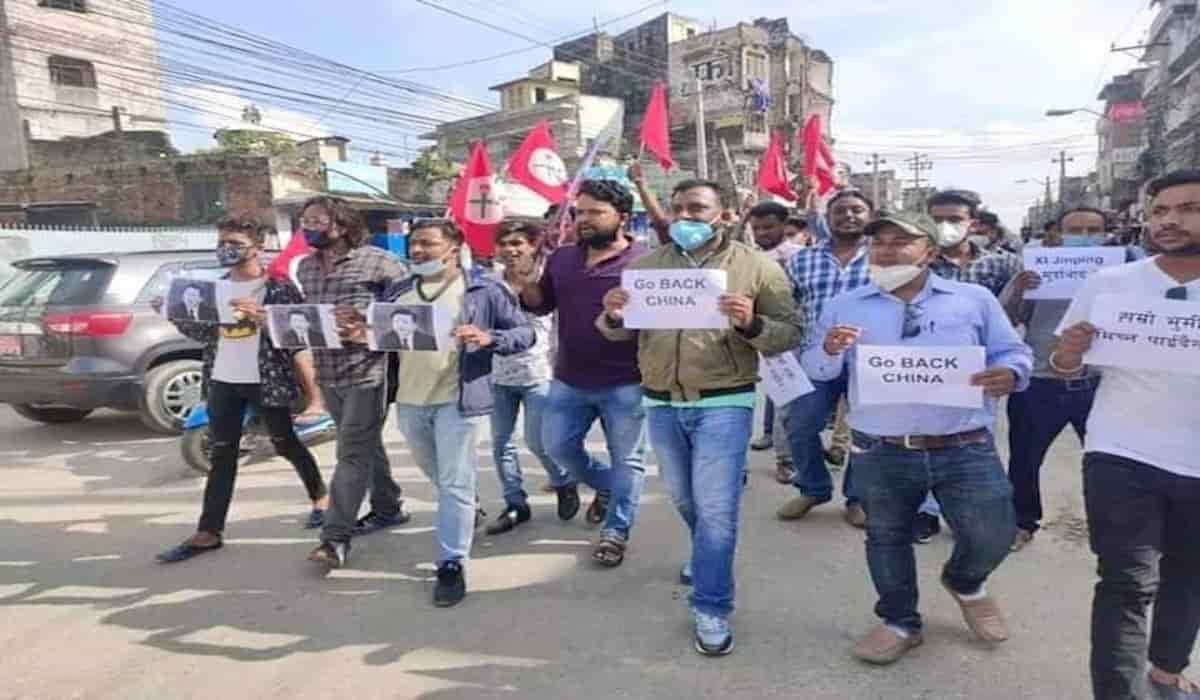 People from the Nepali Students Organization and other groups protested against China chanting ‘Go Back China’ outside the Chinese Embassy in Kathmandu over border violations and occupation of Nepali land by China. Nepal police reached the spot and removed the protesters.

Hundreds of Nepalese students and people from conscious group Nepal arrived at the Chinese Embassy in Kathmandu on Wednesday morning and demonstrated under the leadership of Chairman Shankar Hamal.

During the protest, Nepalese students and conscious groups started shouting slogans like the Chinese Empire of Murdabad, Stop China Encroachment, Return Nepalese Land, with the banner poster of ‘Go Back China’.